The train ride is a 3-hour-long schmoozefest and rolling party.  Booze flows and tongues get loose. Here is some of what we have heard:

State Sen. Tom Kean Jr. on his rumored 2012 run for U.S. Senate: “I can declare that I am a candidate for state Senate this year.”

Former Gov. Brendan Byrne on Gov. Chris Christie and the job he is doing: “He is dynamic, there is no doubt about that. He’s doing what he needs to do by cutting spending, but the impact remains to be seen.”

Byrne commenting on why he never misses a train trip: “My wife makes me come.  She got me elected to the Hall of Fame, so I owe her.”

Anonymous Political Insider on why he doesn’t ride the train: “You have a bunch of legislators and lobbyists packed together drinking at 11 in the morning. What could go wrong?”

Democratic legislator on taking up a position in the bar car: “Are there other cars on this train?”

Assembly Minority Leader Alex DeCroce, on 2011 legislative races: “Until we know what the districts are going to look like, it’s all speculative.”

Middlesex County GOP Chairman Sam Thompson on the 2012 presidential race: “The presidential race? Too early to tell. I don’t want a repeat of 2008. Last time I backed Rudy Giuliani, and Rudy lost. Was gone early. So I backed Romney. Then Romney was out almost as fast. I was almost at the point where I was going to back Obama. That’s a joke.”

Unknown train rider to Democratic State Chairman Assemblyman John Wisniewski, who also is chairman of the Democratic redistricting committee: “I don’t hear about you anymore, what are you doing with yourself? “

Train Conductor on an unscheduled stop: “We’ve got to check the underside of the train and as soon as we see that everything is perfect, we’ll be on our way.”

Train rider after hearing the announcement: “Oh God, we hit someone.”

A Morris County Democratic Party insider amid rumors that state Sen. Richard Codey (D-Roseland) will get lumped in Morris County: “I got a Christmas gift from Gov. Codey this year, and I thought to myself, ‘This means something.'”

A Nerwark insider, to Newark North Ward Councilman Anibal Ramos, when asked for an email address: “Make sure you don’t send that to Shavar (Jeffries, the Newark School Advisory Board chair, and potentially a future Ramos rival for the mayor’s office).” 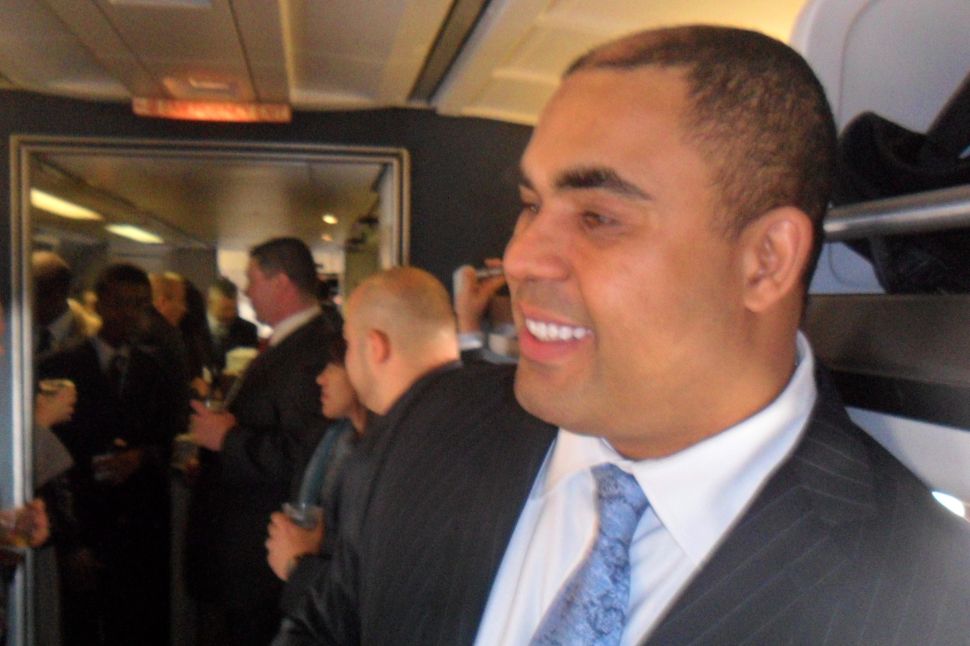