A day after he kicked off his re-election bid, Mayor Garrett Smith of Roselle was indicted by a Union County Grand Jury on one count of 2nd Degree Insurance Fraud, allegedly lying about damage sustained by his car, which police said the mayor damaged himself, according to Prosecutor Theodore J. Romankow.

Smith has also been charged with one count of 4th Degree Filing a False Police Report.

“Nothing is accomplished by trying to cover up a wrongdoing,” said Romankow. “Mr. Smith had the opportunity to do the right thing from the beginning by stopping and reporting that he was involved in an accident. He only compounded his error by lying to the police and his insurance carrier by falsifying a claim.  As a public servant, the people who elected him deserve the truth.”

This incident goes back to Christmas 2010, according to the prosecutor’s office, and detonated behind closed doors earlier this week.

Fiercely independent of the Union County Democratic Organization, Smith, a basketball camp community activist originally from Jersey City, won two elections against the machine and stayed on the outside, building cred as a local maverick. On Monday, after the mayor weathered a weekend of start and stop conversations with the prosector’s office and looked at first like he would plead guilty to leaving the scene of an accident and step down as mayor, Smith received counsel that he should fight what his allies describe as a politically motivated prosecution four months before a Democratic Primary.

On Monday, Roselle Councilman Jamel Holley – backed by the powerful Union County Democratic Organization – announced he was getting into the mayor’s race against Smith. On Tuesday, amid intrigue and rumor that he would step down and take the plea deal, Smith instead stepped up, declared his intention to run for a third term, and said no comment concerning alleged charges.

Today, the charges materialized in public.

Accused of leaving the scene of an accident that occurred on Locust Avenue in Roselle in the early morning hours of Dec. 25, Smith allegedly severely damaged both a parked car and his own vehicle. Pieces of Smith’s vehicle – a 2001 Lincoln Town Car – were left at the scene, said Romankow. Investigators also obtained videos from private businesses showing Smith leaving a local tavern at 2:10 a.m. on Dec. 25, 2010, a short distance from where the accident occurred, the prosecutor added.

Officers who responded to a 2:14 a.m. 911 call from a private citizen who witnessed the collision followed a trail of automotive fluids that led to a garage door at Smith’s home, said Romankow. Officers knocked on the door to Smith’s home but received no reply. The following day, Dec. 26, according to the Union County Prosecutor’s Office, Smith moved his car onto the street during the massive snowstorm. Smith later called police to report that his vehicle had been struck, alleging that it might have been a snowplow that caused the damage.

Handling the case is Assistant Prosecutor James Tansey, who on Monday told PolitickerNJ.com he had no comment.

If found guilty of the charges Smith faces up to 10 years in prison and will be ineligible to hold public employment in the future.

“This is a truly sad day for the Borough of Roselle. Garrett Smith was our first African American Mayor,” said the councilman hoping to be Smith’s successor. “My thoughts are with him and his family. At a time like this, we must stand united, heal each other and renewour effort for a better future. Earlier this week I announced my candidacy for Mayor in the hope of rebuilding our borough in a partnership with residents and businesses. I stand prepared to continue my mission toward this vision of renewal for Roselle.” 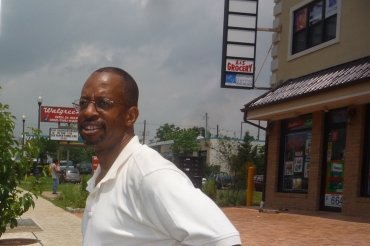