“We’re incredibly grateful to Superintendent Janey for his dedication, hard-work and service to Newark Public Schools over the past two years,” Newark Mayor Cory Booker said in a release. “Superintendent Janey sounded the alarm on the many challenges facing Newark’s schools, and the reform initiatives he spearheaded have laid the foundation for our ongoing efforts to transform the city’s public education system.”

Janey’s contract was not renewed by the state last year, as Newark’s school district is under state control.

Rather than keep a lame duck administrator in charge of the largest school district in the state for another year, Janey was offered a buyout in September, according to a sources, to walk away from the one year left on his contract. He declined.

“During my tenure there were many accomplishments, of which I am proud,” Janey said in an email last year. “We were able to maintain a strong academic agenda, while dealing with a $70 million dollar shortfall. Our strategic plan – Great Expectations – informed our decisions and guided our work as we transformed schools for our students, strengthened accountability for staff, and streamlined our operations.”

Newark Councilman Ras Baraka, principal of Central High School in Newark, called the buyout offer and non-renewal “a punch in the face” and “a bully move” at the time.

Gov Chris Christie said then, “As governor, it is my responsibility to set a high standard for student achievement and it is my belief that Newark can and will be a national model for education reform and excellence. Newark’s children, and those around the state, simply cannot wait any longer.  It is my expectation that new leadership will move quickly, aggressively and with accountability to implement the kind of fundamental reform that is urgently needed to improve Newark’s school system. We will continue to work with Mayor Booker, the Newark Public Schools Advisory Board and community leaders to make these reforms a reality.

Today, Booker also said, “We look forward to working closely with acting state Education Commissioner Chris Cerf and Rochelle Hendricks, who will lead the transition team, to ensure a smooth and effective transition as we undertake the process of selecting the next Superintendent. Through our extensive community engagement efforts over the past several months, we’ve gained critical feedback from Newarkers on the qualities that are important for the next Superintendent to have, and we’ll use that insight to guide our efforts to find the next leader of Newark Public Schools.” 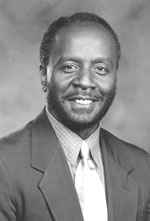