Kasparian has been carrying around an 0-7 record since the Republican sweep last November. He also went head to head with state Sen. Paul Sarlo (D-Wood-Ridge) over the replacement of former Assemblyman  Fred Scalera. Kasparian replaced Joe Ferriero as chairman in 2009.

“It has been an honor and a privilege to have served as the chairman these past two years. I want to thank all those individuals who stepped up in so many critical ways to defend our Democratic principles when it was not popular to do so; I believe that the spirit and integrity of our party is in good stead today because of that collective effort. Moving forward, I will continue to support the party and its new leadership in lesser ways, but I will be there for the cause of our ideas nonetheless. Thank you.” 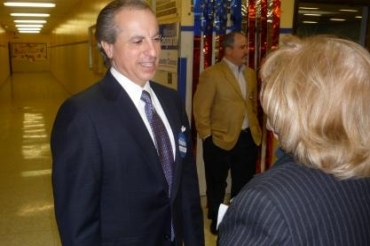