“I have no doubt that Assemblywoman Quijano, with her extensive legal background, will serve the General Assembly well as the new Homeland Security Chair,” Oliver said in a statement.  “As a representative of one of our largest port cities, with proximity to one of the nation’s busiest airports, she fully understands the importance of homeland security to the safety and well-being of our residents.”

Quijano will fill the vacancy left by the departure of retired Assemblyman Frederick Scalera (D-Nutley).

Former assistant counsel to governors Jim McGreevey, Richard Codey and Jon Corzine and former chief of staff to state Sen. Ray Lesniak (D-Elizabeth), Quijano served as a compliance manager for Prudential/Aetna U.S. Healthcare and as an attorney in civil practice. She is a veteran of the United Way Hispanic Advisory Council of Union County, the Governor’s Working Group for Hispanic Affairs and a former congressional redistricting commissioner. 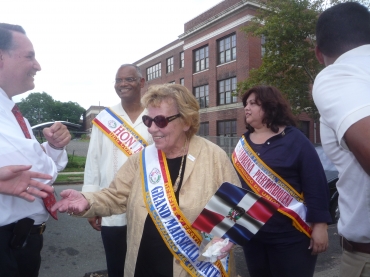