The post reports that radio ads, web ads, phone calls and e-mails will run through the end of the week as part of the DCCC’s “Drive for 25” effort to return to the majority after getting blown out in elections last November.

The radio ad against Runyan features a voice that urges, “Tell Congressman Jon Runyan to oppose the partisan plan to cut education and research by 40%. It will cost hundreds-of-thousands of jobs and make America less competitive. Paid for by the DCCC, dccc.org, not authorized by any candidate or candidate’s committee.  The DCCC is responsible for the content of this advertising.” 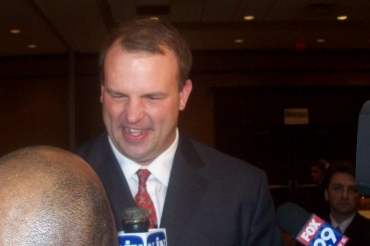