TRENTON – A defiant speech by a veteran legislator proved a Battle of New Orleans moment in the state Senate Committee on Health and Human Services.

State Sen. Ronald L. Rice (D-Newark) voted against medical marijuana on the floor of the Senate and said he agrees with Gov. Chris Christie on the issue itself, but that’s not the issue that worries him, he said.

“I didn’t support this legislation but I am going to vote this out of committee because I’ve been reminding governors for 25 years now that I’m not subordinate to them,” said Rice, a nod to Christie’s rejection of the specifics in a medical marijuana bill passed in the Senate.

“I understand the governor’s power to conditionally veto but I’m going to vote this out to express the intent to make sure the administration understands we are co-equal branches of government.”

He made the point – and it was well taken by colleagues grousing over the same rift – but Committee Chair Loretta Weinberg (D-Teaneck) said later that the legislature as a whole will have to adopt a second resolution 20 calendar days after today’s public hearing.

The committee would not have to vote the item out of committee today. 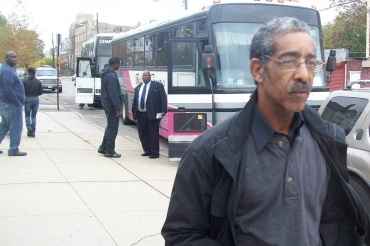