TRENTON – The state Senate Transportation Committee pushed through a bill directing the N.J. Turnpike Authority to roll back a toll hike planned for 2012.

After ending the ARC tunnel project that the toll hike was intended to fund, Gov. Chris Christie proposed using the $1.25 billion revenue from the hike to replenish the state’s nearly bankrupt Transportation Trust Fund.

The bill is sponsored by state Sen. Nick Sacco (D-North Bergen), committee chairman, who said he believes the Turnpike Authority would have to rollback the increase if the full Legislature passes the measure.

State Sen. Sean Kean (R-Wall) told the Democrats that they should have a back-up plan before taking money out of commuter-friendly projects.

Sacco said repealing the 2012 hike leaves plenty of time to have another round of public hearings. Using the money for something other than what the people were told when it was approved undermines the public process and is “disingenuous,” he said.

“When they go to a hearing and hear where that money will go, I believe that’s where it should go,” he said.

Kean said the 2008 hike approval stipulates that in the event the ARC project never happens, the bond sale – the money is all borrowed – is “authorized to continue…without interruption or modification.”

Sacco bemoaned the “devious” fine print installed in 2008 – “a little note in a long document” – but that being the case, the toll hike can only be used for turnpike projects, not on the Transportation Trust Fund as Christie proposes.

Steve Gardner, a rep from the N.J. Laborers-Employers Cooperation and Education Trust, said the unions are finally seeing a spark in the trust fund – which bankrolls transportation infrastructure projects that puts the unions to work – and the Democrats are extinguishing the flame immediately.

State Sen. Robert Gordon (D-Fair Lawn) asked that the ARC tunnel get another chance, but at the very least, that the toll hike be delayed. “It gives our long suffering commuters a break, at least temporarily.”

State Sen. Andy Ciesla (R-Brick) said the reality of a bankrupted trust fund is too important not to tap the toll money.

“Study is code word for: delay because I don’t have an alternative,” Ciesla said. He called the toll hike influx the first “real” funding the trust fund has seen in 20 years.

“More importantly, the bonds have been issued,” Ciesla said. “We have already legally committed to paying back these bonds.”

Both he and Kean voted against the bill while Sacco, Gordon, and state Sen. John Girgenti (D-Hawthorne) voted for the bill.

Girgenti said he understands the need to replenish the TTF, but, “It’s always been salvaged at the end.”

More than a dozen high-ranking Senators are sponsoring the bill and it is expected to clear the full chamber, but the Assembly version has only two sponsors, Assemblymen John Wisniewski (D-Sayreville) and Vincent Prieto (D-Secaucus). 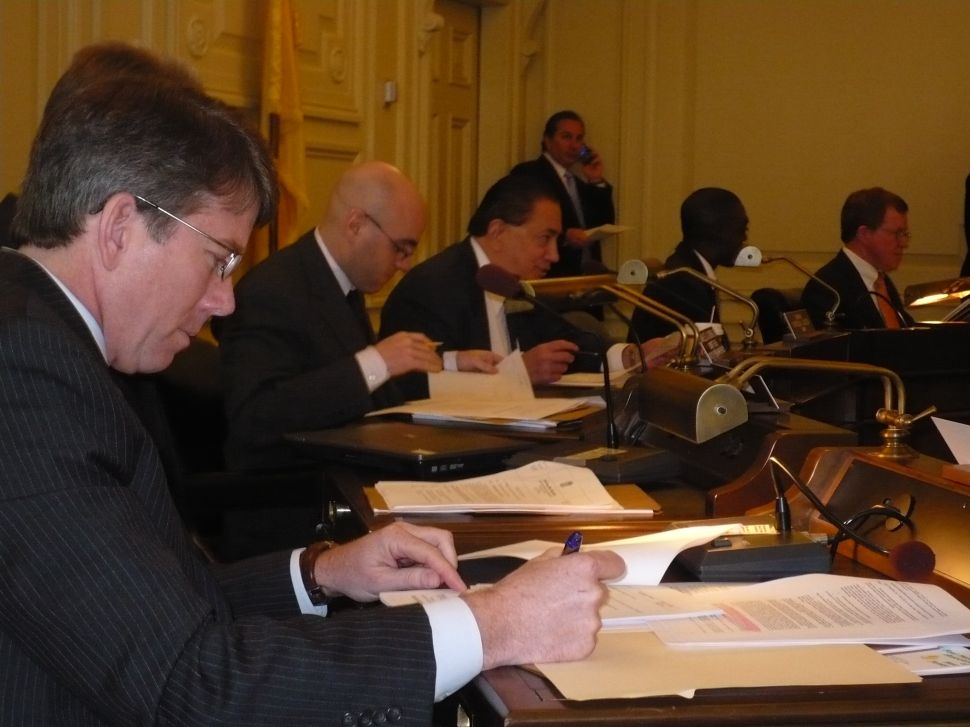