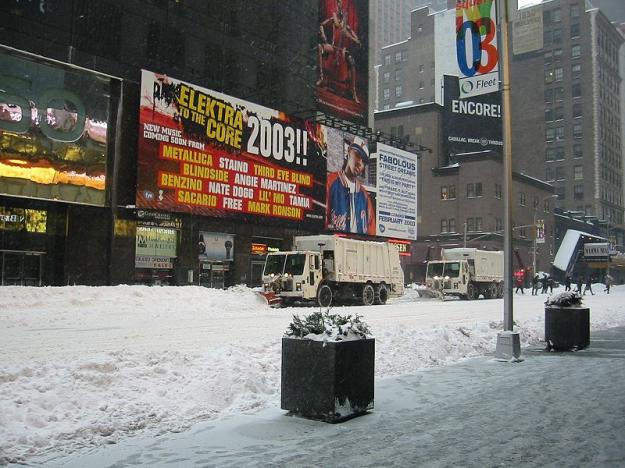 The first major snowstorm of Mayor Bloomberg's tenure, the North American Blizzard of 2003, also known and President's Day Storm II, swept nearly 20 inches of snow into central Manhattan, with the highest numbers reported at JFK airport with a whopping 25.6 inches. LaGuardia Airport shut down completely and the city of Albany was closed for three days. After the storm, Bloomberg estimated that the storm cost the city $20 million- nearly $1 million per inch.

In his 2004 State of the City address, he boasted that "within 24 hours after last February's blizzard finished burying our city in two feet of snow, our Sanitation crews had plowed all six thousand, three hundred miles of streets and highways in our city at least once. Unprecedented!" 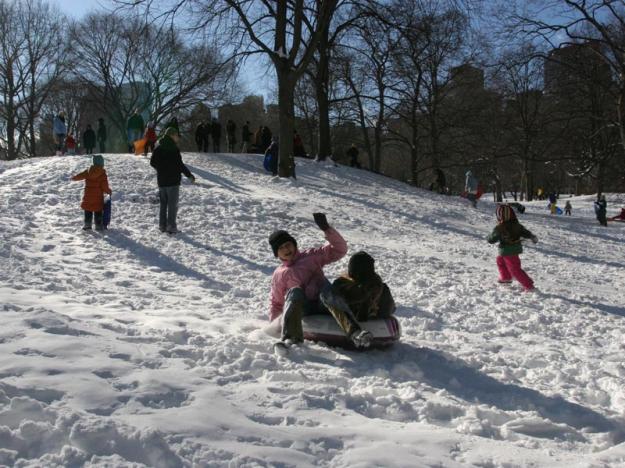 The six-month snow-filled period from the end of October 2004 to March 2005 almost doubled the average snow records for that time period. Central Park received 41 inches, blowing the average of 21.1 inches out of the record books. The costs of snow removal- due to operational costs of machines, salt, and overtime for sanitation workers- in New York City is approximately $1 million per inch, explaining how the bill for the 2004-2005 season hiked up to $40 million. This weighed especially heavy on the city since it had only budgeted $26 million for the season.

During the worst of one of the storms, Bloomberg tried to encourage New Yorkers to avoid the roads and put the city's transport network to the test.

"Since the going on our streets and highways will be slow at best, we encourage you to take mass transit if at all possible,'' he said in a statement. 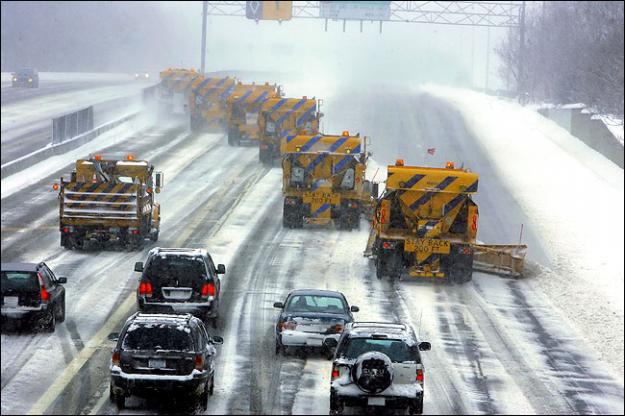 The most snowfall came in 2006, when the creatively titled Blizzard of '06 created new city records by dumping 26.9 inches in Central Park. This was the largest snowstorm in the city's history, beating out the previous record set in 1947 (26.4 inches).

"This is a very dangerous, big storm," Bloomberg said in a televised address. "We will plow the streets and then figure out how to pay for it," he said at the time. 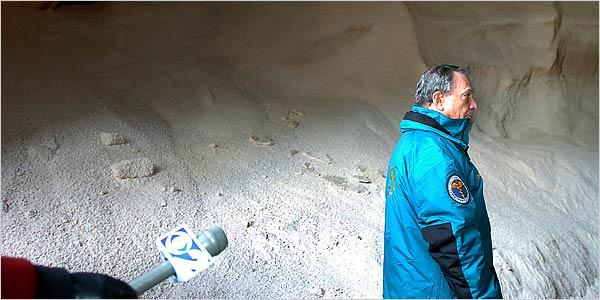 While the snow that hit Manhattan in February 2007 did not make a dent in the record books, it was one of the biggest storms for Bloomberg--in public opinion at least.

About 4,000 parking tickets were issued to cars that were packed in by snow banks after plows cleared the streets. Hundreds of complaints came into city offices when people were unable to move their ice-coated cars. Rather than ease the tension, Bloomberg stepped into the issue, aggressively defending the actions of Sanitation workers.

"We want to get the snow and ice off the roads as quickly as possible so emergency vehicles can get through, so that you can get to work, so that the kids can get to school," he said. "And if we all do it together rather than griping, we'll be better off."

The comments only angered New Yorkers more, and eventually, Bloomberg announced that any parking tickets that were issued during the two days of the storm did not need to paid. Even though he acquiesced in the end, the Mayor never totally reversed his position.

"It wasn't like you had a couple of feet of snow, where you really couldn't physically move your car," he said. "You had to put on galoshes and go out there and move it." 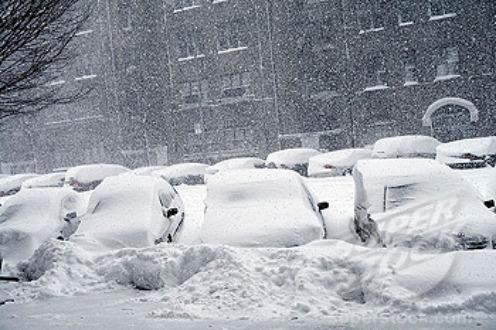 A measly six inches of snow sleet led to 500 flight cancellations in December 2008.

"If the snow accumulates as the forecast predicts, 100 percent of city streets will be salted and plowed at least once today," the Mayor said.

However, fear of continued snow overnight lead the city council to pass legislation automatically suspends a rule that required car owners to move vehicles for street cleaning. Mayor Bloomberg, aware of the outrage that came during the previous year's storm, signed the law. 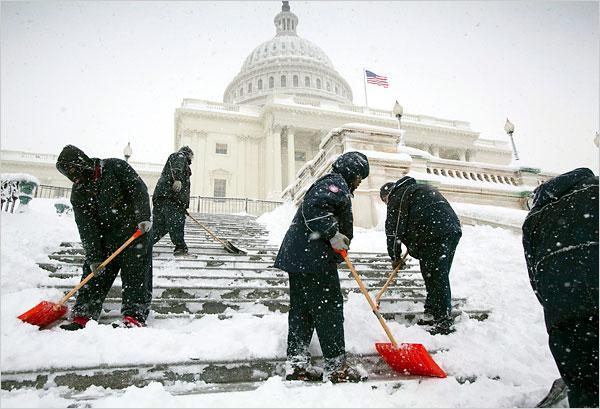 The entire East Coast felt the wrath of February's "snowmageddon," and New York City was no exception. Early on in the storm, 17 inches were reported in Central Park, leading to a fatality as a man was killed by a branch that fell because of too much snow.

"We're really advising everyone to be very, very careful when they are outside in these conditions," said Bloomberg.

The Mayor took an unusual step by announcing a city-wide snow day for all public schools on Friday, giving all 1.1 million students a three-day weekend. Hundreds of flights were canceled from regional airports and there were a number of power failures causing major disruptions in the city's public transport. 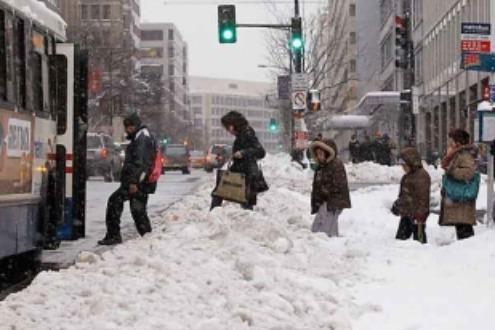 And finally, the one we have all been reeling from: December 2010. In spite of our typical tendency to rake up some big snow numbers in late December, the city did not respond well this year when we were hit with 20" on December 26. Bloomberg was heavily criticized for the city's cleanup where many streets were left unplowed and public transport came to a halt, and in early January, the Mayor had the lowest approval rating of his tenure- with only 37 percent of voters saying that he is doing a good job.

"We recognize that we did not do the job that New Yorkers rightly expect of us in the last storm," Bloomberg said after the fact. "We intend to make sure that does not happen again."

According to Reuters, there are federal and city investigations underway to see if the lousy clean up was deliberate and if several deaths that resulted were preventable. Bloomberg also demoted his chief of emergency services, John Peruggia, who had held the post for six years.

"I decided that this city would be better off with a different person in charge," Bloomberg said. "I thought it was time for a change and I made that change." 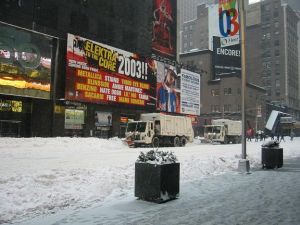 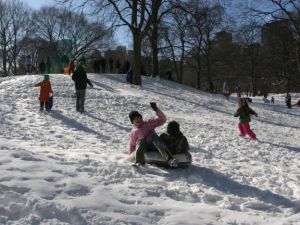 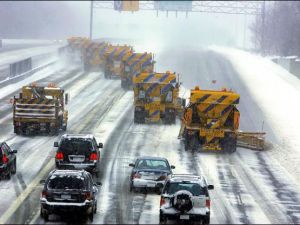 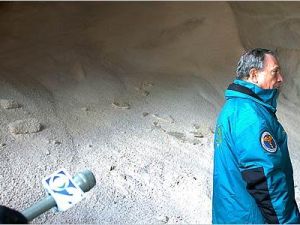 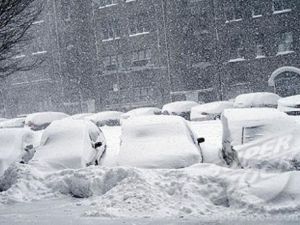 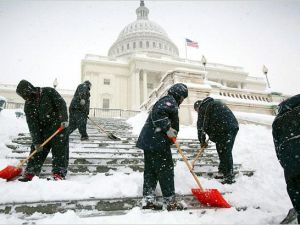 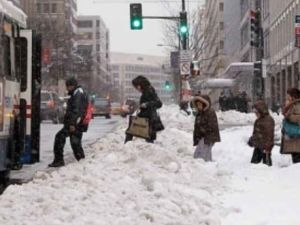