A familiar name has emerged on the landscape of Essex County politics as a possible contender for freeholder.

“I’m flattered that my name is being mentioned,” Gill told PolitickerNJ.com when asked about the buzz, but refused to elaborate.

Lautenberg’s office issued a brief statement. “The Senator knows that Brendan is committed to public service and is excited if he’s being considered,” said Lautenberg spokesman Caley Gray.

Gill serves as chairman of the Montclair Democratic Committee. He was Lautenberg’s campaign director in 2008, when the senator withstood a fierce primary challenge from U.S. Rep. Rob Andrews (D-Haddon Heights).

All of the Essex freeholders are up this year: Blonnie Watson, Rufus Johnson, Carol Clark, Linda Cavanaugh, Pat Sebold, Sammy Gonzalez, Ralph Caputo, Donald Payne, Jr., and Bilal Beasley.  As of now, there are no vacancies on the board.

At least two other men have been actively campaigning for a seat on the board: Terrance Bankston of Newark and former Montclair Mayor Bob Russo.

An assemblyman in addition to his job as a freeholder, Caputo has repeatedly said he will run for either his assembly seat or his freeholder seat this year based on legislative redistricting. He won’t run for both. 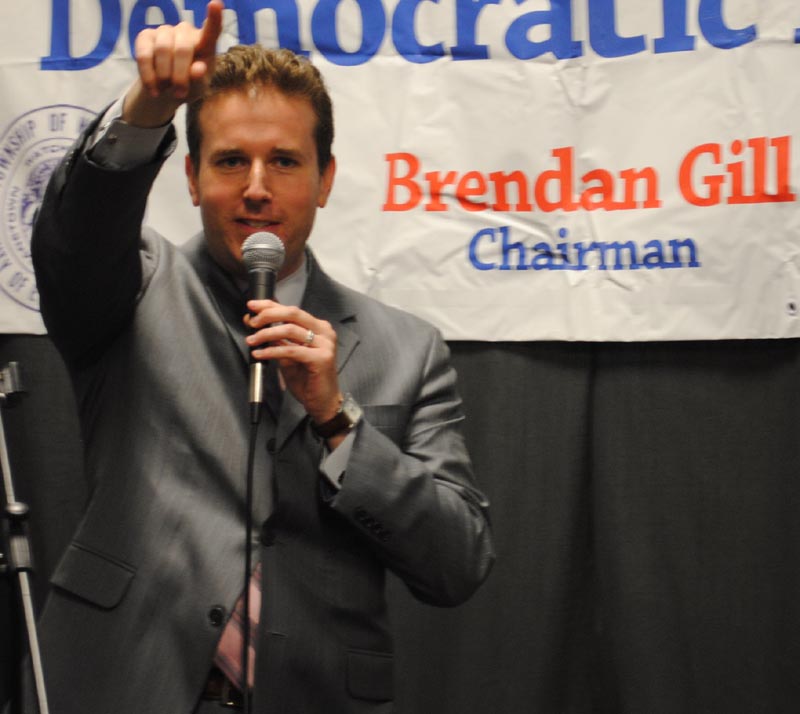