“To take any more money from our public school system is unconscionable,” Buono said to sustained applause shortly after a senate budget committee passed the Opportunity Scholarship Act, which critics fear would soften the way for school vouchers.

The Republican governor made deep cuts to education in 2010. Now, against an unfolding privatization narrative, including emboldened pro vouchers proponents in both parties, Buono sought community resistance traction.

“I wanted to put a human face on Christie’s $1 billion cuts to education,” said Buono, beckoning to the two-hour-long line of outraged citizens, many of them women armed with stats and the animal warmth of an anti-Christie crowd.

“You know, many of you know that I’m the son of Irish immigrants and my daughter’s a teacher,” said Diegnan. “You can already hear a change in the tone (since Christie went to war last year with the New Jersey Teachers’ Association) in the school, with teachers being blamed.”

Here tonight, people pinned blame squarely on the shoulders of the governor for “truly frightening proposals,” including an upswell of charter schools and vouchers.

The trudging line of irritation over Christie’s education agenda included mothers whose children’s class sizes bulged at the start of the school year, students complaining about downsized resources, and at least one jock in a varsity jacket bewildered by the lack of school bus service to football games.

“In some school districts, parents are now paying $1,000 for extracurricluar actitives,” Diegan groaned.

“The governor talks about our 200 failing schools,” said Buono. But “In the State of New Jersey, we have 2,485 schools. I don’t think that’s a bad percentage.”

“What this man is doing is an assault on everyone in this room,” said Corfield to applause. 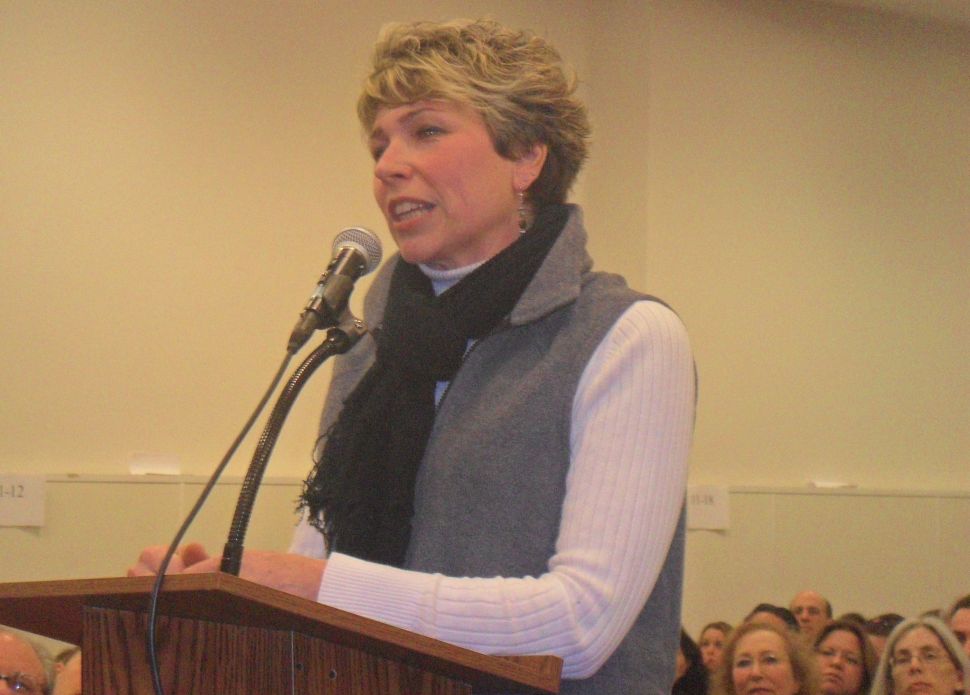