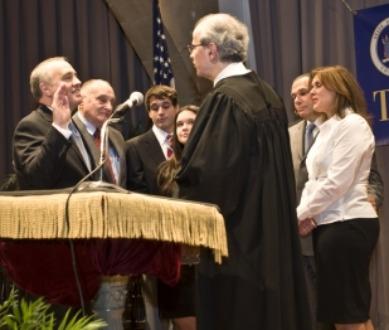 After officially being sworn in on New Year's Eve with Governor Andrew Cuomo, state comptroller Tom DiNapoli held his own swearing-in ceremony on Monday. He decided to hold a separate event for himself because the earlier ceremony fell on a Saturday, presenting a scheduling conflict for Jewish constituents because of the Sabbath.

Held in the Great Hall at Cooper Union, DiNapoli's ceremony had a number of attendees who missed the Jan. 1 event, including Assembly Speaker Sheldon Silver, who helped make DiNapoli comptroller.

DiNapoli was very heavy-handed with his lauds for labor, who helped him topple Republican challenger Harry Wilson.

"My special thanks to the women and men of labor," he said. "You proved people power still matters even in the face millions of dollars in negative media advertising." 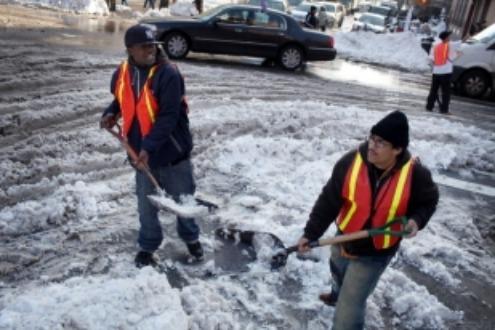 The city braced for the worst on Wednesday as reports of an incoming snowstorm made New Yorkers nervous. After a bumbled clean up of the snow on December 26 left many streets unplowed and buses stuck, the Mayor's office took actions to correct the mistakes for this week's snow.

"We recognize that we did not do the job that New Yorkers rightly expect of us in the last storm," Bloomberg said after the fact. "We intend to make sure that does not happen again."

After the December fiasco, Bloomberg was criticized for not calling a snow emergency. He was quick to avoid that mistake again, declaring a weather emergency Tuesday evening. While the city was braced for the Second Coming, Central Park ended up receiving only nine inches of snow.

Even though most New Yorkers have plowed past this week's snow, the Mayor's office is still tying up loose ends from December as both city and federal investigations are underway to see if the lousy clean up was deliberate and if several deaths that resulted were preventable.

The City Council held a hearing on the issue that lasted for seven and a half hours. During the hearing, city officials spoke about problem areas- including a lack of accountabilty for plows and questions over when they should salt the roads rather than plow- and the Bloomberg Administration responded with a 15-point plan to avoid similar mistakes. 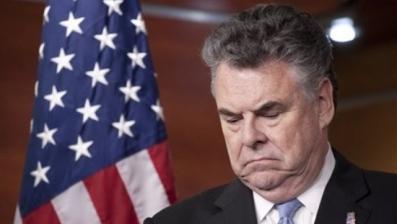 On Tuesday, Long Island Congressman Peter King announced that he is drafting a bill that would ban people from carrying firearms within 1000 feet of select government officials. The bill would dictate which officials would be considered, with early reports listing the President, members of Congress and federal judges.

"It is imperative that we do all that we can to give law enforcement the tools they need to ensure the safety of New Yorkers and prevent an attack before it happens," King said.

Mayor Bloomberg, who is a co-chairman of a group called Mayors Against Illegal Guns, said publicly that he supports the proposed bill.

"Just as we saw after Virginia Tech, the Arizona tragedy has once again exposed fatal cracks in our background check system," Bloomberg said. "The law says that drug abusers can't buy guns, but even though Jared Loughner was rejected by the military for drug uses and arrested on drug charges, he was able to pass a background check and buy a gun. It should be clear to everyone that the system is broken and it is time for our leaders in Washington to step up and fix it." 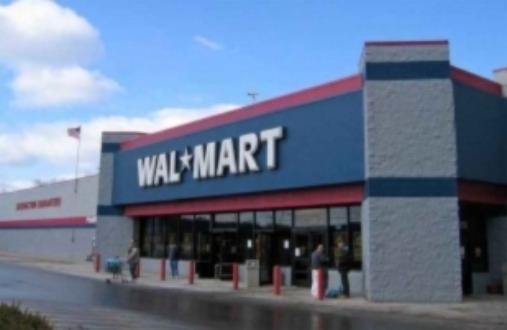 Debate is still raging over the opening of a Wal-Mart in New York City. The city's public advocate released a report on Tuesday saying that after analyzing 50 studies of other Wal-Mart openings, he thinks that it will do more harm than good if a store opened in the five boroughs.

"The history of the last decade tells us that Wal-Mart stands to be our City's Trojan Horse," de Blasio said in a statement. "We must do everything we can to spur job creation in New York City, but that does not include opening our doors to a proven job-killer."

Wal-Mart reps were quick to respond, saying that the creation of jobs should be seen as a positive thing for the city.

"New Yorkers need a public advocate that's focused on finding solutions for the hundreds of thousands of New Yorkers who are out of work and the millions more who don't have convenient access to fresh, affordable food," said Steven Restivo, Wal-Mart's director of community affairs, in an emailed statement. "Time and again, our stores have proven to be part of the solution in both those regards in thousands and thousands of communities across the country."

Brooklyn residents also reported receiving Wal-Mart mailers that were stressing the value that a Wal-Mart store will add to the community. A City Council hearing for public debate on the issue was scheduled for Wednesday but was postponed to February 3 because of the snow. 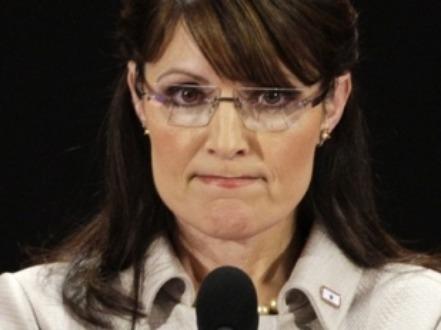 The use of crosshairs targeting swing districts and particular government officials has been a major point of contention since Saturday's shooting in Tucson that left six dead and Rep. Gabrielle Giffords in critical condition. Sarah Palin's political action committed, SarahPAC, famously used one such map during last year's midterms and Giffords was one of the targets.

Palin has come under heavy criticism as a result, and she released a seven minute video statement on Wednesday that has just served to cause more drama.

"Acts of monstrous criminality stand on their own," Palin said in her video statement. "Especially within hours of a tragedy unfolding, journalists and pundits should not manufacture a blood libel that serves only to incite the very hatred and violence that they purport to condemn."

'Blood libel' is a term associated with anti-Semitism and was used in the Middle Ages to accuse Jews of using the blood of Christians for religious ceremonies. Her word choice has been criticized heavily, especially because Giffords is Jewish. 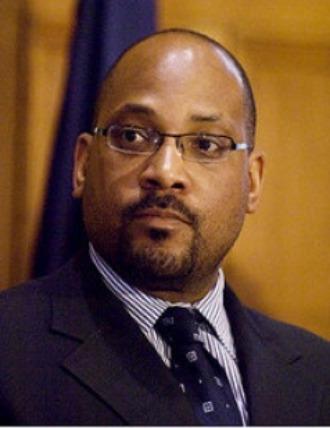 State Democrats are becoming increasingly vocal in their distaste for the recently-created Independent Democratic Conference.

Democratic Leader John Sampson took to the airwaves on Wednesday night to vent about Jeff Klein, a former deputy who now leads the breakaway group.

"He knew the inner workings and the legislation that we did pass," Sampson said. "If you have issues or concerns like we did in the past, you come to me and we'll deal with it... Our conference feels betrayed... Because there is a little adversity, you decide to leave the conference? [The] question is, is it about being independent, or is it about the powers and the perks?"

Klein decided to play it cool when asked about the Sampson's comments.

"I'm hopeful that the Independent Democratic Conference, working with the new majority, will change the paradigm of the way we govern in the state Senate. It'll remove the dysfunction and allow us to govern in a bipartisan fashion," Klein said. 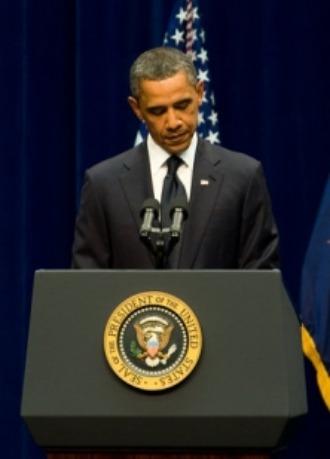 President Obama gave a speech at a memorial ceremony in Tucson for the victims of Saturday's shooting on Wednesday night. The speech was received well and gained positive reviews from commentators on both sides of the aisle.

"What we can't do is use this tragedy as one more occasion to turn on each other," he said.

Sen. Kristen Gillibrand flew to Arizona with the President and First Lady, and Gillibrand was in the hospital room with former Speaker Nancy Pelosi and Florida Democrat Rep. Debbie Wasserman-Schultz when Rep. Giffords first opened her eyes. The President announced the news in his speech and was met with cheers from the stadium.

The stadium was filled with about 14,000 people including the entire Arizona delegation, Sen. John McCain among them. 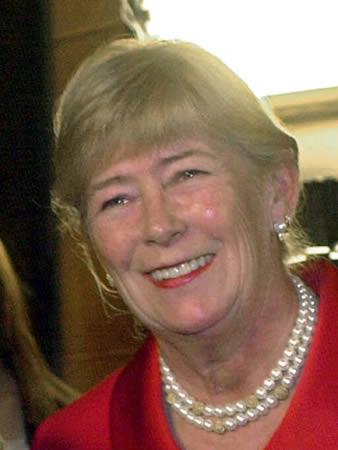 On Friday, Democratic Congresswoman Carolyn McCarthy announced that she was drafting legislation to drastically limit public access to gun magazines that hold more than 10 rounds.

Adding to the debate over gun control sparked by last week's shooting, McCarthy is focusing her attention on ending the sale of magazines that hold more than 10 rounds.

Typical gun magazines for Glock firearms- the type of gun used by Jared Loughner in the Arizona shooting- hold between 13 and 17 rounds. McCarthy's proposal is not unheard of: the manufacture of high-capacity magazines was banned from 1994 to 2004 under the Federal Assault Weapons Ban. The proposed legislation would expand on that idea by banning the sale or import of such magazines as well, except when it comes to use by law enforcement officials. 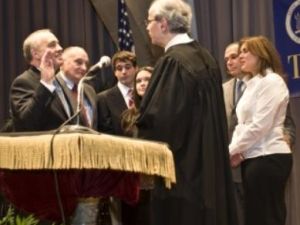 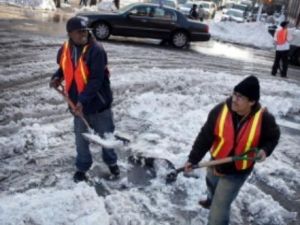 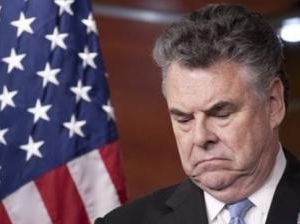 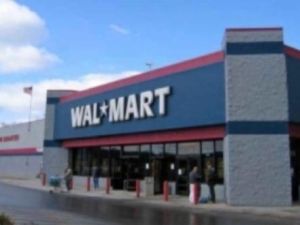 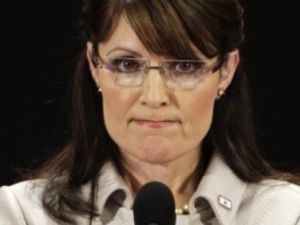 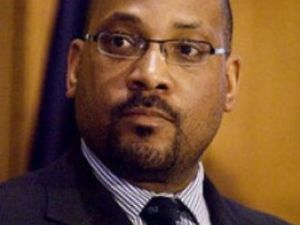 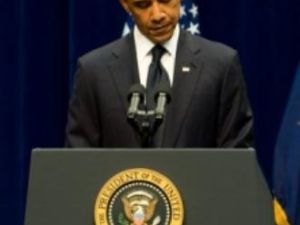 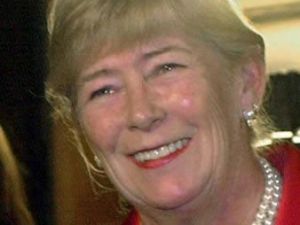