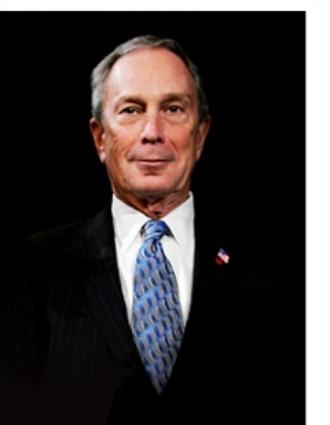 Mayor Michael Bloomberg did not start the week off on a great foot, receiving a round of boos at a Martin Luther King Day event with Rev. Al Sharpton.

The crowd at the National Action Network headquarters, where Sharpton held his annual MLK event, booed the Mayor s when he was first introduced. The jeers turned to heckles as the mayor spoke of the city's education reform efforts, in spite of his attempts to use a little ethnic humor to lighten the mood.

"It is also amazing here in New York that [32BJ President Mike] Fishman and Bloomberg would be addressing the National Action Network. It is like [Jeff] Zucker and [Jerry] Speyer and Bloomberg lighting the Christmas Tree this year at Rockefeller Center. Only in New York would you see something like that." 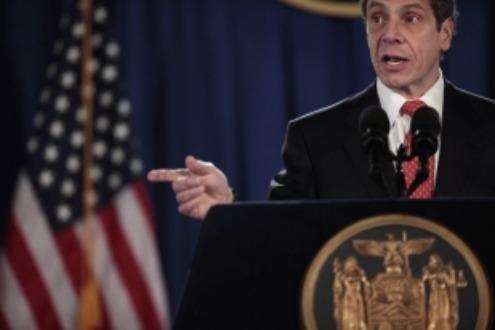 Governor Cuomo started off the week well with poll numbers saying that New Yorkers are liking him and his plans. A Siena College poll released Tuesday shows that a vast majority of New Yorkers support Cuomo's financial initiatives. Eighty percent of respondents supported the governor's proposed budget and more than two thirds of respondents believe that, because of Cuomo's proposals, New York will become more business friendly in 2011.

Additionally, the 11 specific proposals that Cuomo listed in his "State of the State" speech - which included closing the state's budget deficit without raising taxes and a push to have legislators disclose their full income - were found by the poll to be popular initiatives by respondents.

The poll comes on the heels of another poll from last week that put the governor's favorability at a whopping 70%- the highest for Cuomo in the past year.

The only initiative that looks problematic for Cuomo is the question of whether the state should extend the personal income tax increase for those earning more than $200,000 which is due to expire this year. In this case, Cuomo wants the tax to expire but 55% of respondents want the initiative to be extended. 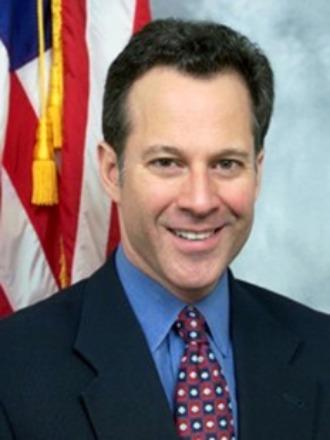 The case was against the state's largest residential service provider, Young Adult Institute, and focused on the company's financial filings over the past decade.

"Today's announcement should send a clear message that we will leave no stone unturned in the fight against Medicaid fraud, waste and abuse in New York State," Schneiderman said in a statement.

The investigation began after a whistleblower tipped authorities off to inflated expense reports filed by the YAI.

It was reported that the YAI had falsified it's fiscal reports that allowed the group to receive $8 million in additional funding over the past decade. The company was fined $18 million total in the settlement. The Attorney General's office said in the press release that $10.8 million of that money will go directly to the state's Medicaid program. 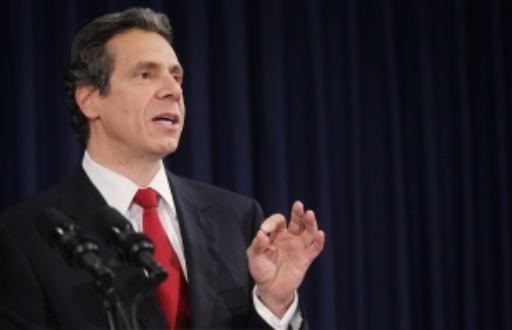 A good government group called the Committee to Save New York officially filed papers to be recognized as a lobbying group this week.

"We always said we were going to fully comply and register where we have to," said Bill Cunningham, a spokesman for the Committee. "Whatever constitutes lobbying - whatever percentage or dollar amount that qualifies - will be reported."

The group has been running ads calling for real change in Albany. They have been very supportive of Gov. Cuomo, often linking to his campaign speeches on their website and repeating a number of their shared broad goals.

By filing as a lobbying group, the Committee will have to publicly disclose the amounts they pay their lobbyists and spend on their advertisements. 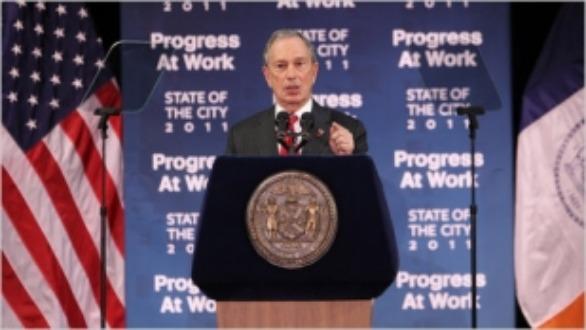 Mayor Bloomberg made his 10th annual State of the City speech on Wednesday, focusing on the ways he plans to cut the city's spending. In his speech, Bloomberg mentioned changes to the retirement age, firing practices of teachers based on merit, and lower pension rates as possible cost-saving cuts.

"Now I've always believed City workers deserve a safe and secure retirement, but right now, they receive retirement benefits that are far more generous than those received by most workers in the private sector," Bloomberg said.

He designated former Mayor Ed Koch as the go-to guy who will address the topic of cutting pensions in Albany in the coming weeks.

Leaders from union DC37 argued that his proposed hike in the retirement age and the pension cut would fall unfairly on working-class New Yorkers.

"You have to have some sort of social contract with your population that at the end of the day," said President of the DC37 Retirees Association Stuart Leibowitz. "We're not living in Sparta where if you can't function any more you're discarded."

He also noted the average pension is $17,666 per year and should not be characterized as "rich."

Another major point of Bloomberg's speech was his desire to take some controls away from the state in order to have more control in city negotiations with unions over benefits. 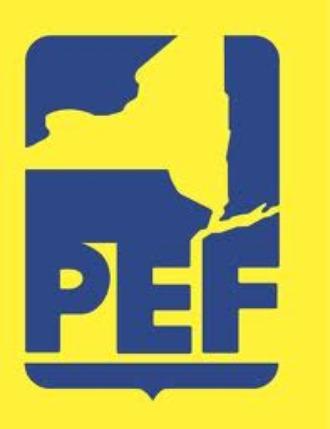 Rumors about Gov. Cuomo's executive budget proposal suggested that he is going to implement massive workforce cuts, totaling up 15,000 state jobs. The official budget will be published in late February so any earlier news is simply based on unofficial theories, but Thursday's leak was enough to get union representatives riled up.

"We all understand the state's fiscal crisis and the need to find solutions, but any suggestion of reducing the state workforce by 10,000 to 15,000 would not only cripple the delivery of essential services, it would have a chilling effect on the state's economy and undermine the state's fragile recovery. We should all be working together to create jobs, not more layoffs," said the president of the Public Employees Federation Kenneth Brynien said in the statement.

Brynien said that the PEF had yet to receive any formal notification about "massive workforce reductions." Cost-trimming has been high on the new governor's agenda from day one, and it is expected that the cuts to jobs will come coupled with cuts to Medicaid and state education spending. 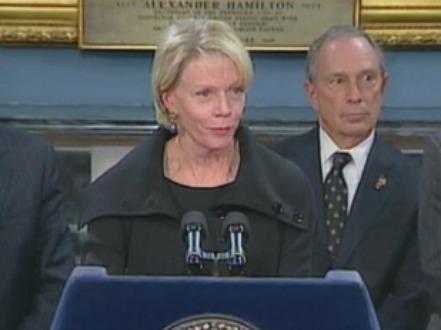 After her rocky approval process, Cathie Black was probably hoping for the icy tensions to thaw. Not quickly enough, it seems.

At her first Panel for Education Policy meeting on Wednesday night, Black was met with boos and jeers from the parents in attendance. It was her first public appearance since making an off color remark about birth control being a solution to the city's overcrowded schools. Time had not healed all wounds though, and parents held up condoms while Black was speaking at this week's meeting. 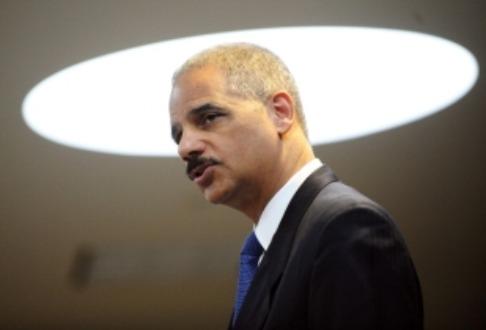 Attorney General Eric Holder held a press conference Thursday to announce the arrests of over 100 people associated with organized crime in the city. He said that they are the first of a string of arrests that were coordinated through a number of enforcement agencies.

"Today's arrests are important and encouraging towards disrupting their operations, but the reality is the battle against organized crime is far from over," Holder said.

During the question portion of the morning, Holder remained vague about the Justice department's stance on the Sept. 11th terrorist trials, which caused debate this summer. 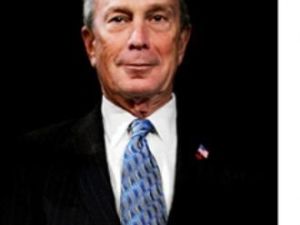 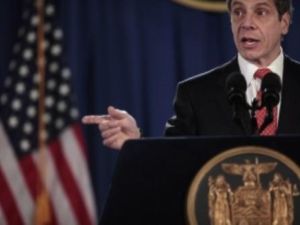 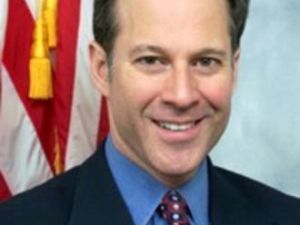 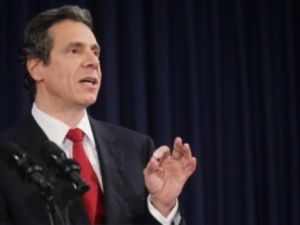 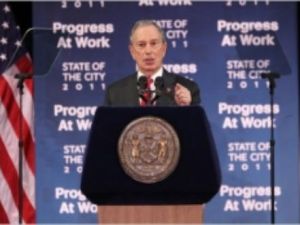 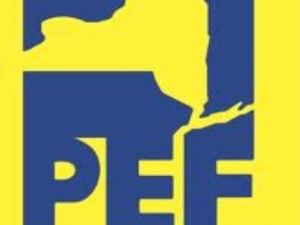 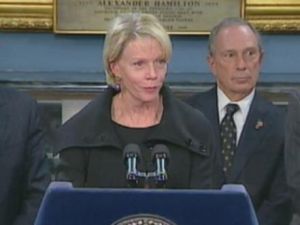 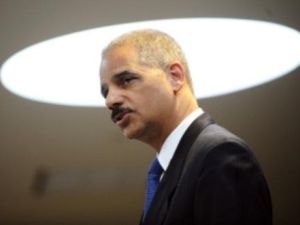