Atlantic City Mayor Lorenzo Langford said he wants face time with Gov. Chris Christie concerning the revenue from Bader Field and the impact of a new tourism district and Casino Reinvestment Development Authority on his city.

“I received no heads up,” a steamed Langford told PolitickerNJ.com in reference to last-minute changes to Assembly Bill 3581, which passed Monday and now awaits the governor’s signature.

“There were supposedly some amendments which would have assuaged my concerns,” the mayor added.

Langford said Assemblyman John Burzichelli (D-Paulsboro) told him on Monday that the final bill would contain those measures. Instead, Langford later learned an 11th-hour amendment to the bill would divert 100 percent of the proceeds of a potential sale of the airport there to eight south Jersey counties rather than back to the city as the bill originally intended, as reported yesterday by PolitickerNJ.com editor Darryl Isherwood.

“I’m not surprised,” said Langford, for whom Christie’s vision for a state takeover of part of the embattled city has by slow degrees morphed into trouble, according to the mayor.

Langford again said his overriding objections to the bill are that it would bifurcate the city and maintain the juciest parcels for broader political benefit.

“The way the map has been drawn, 50 percent of the city will be in the tourism zone,” Langford said. “The city owns Bader field, in particular – a 142-acre vast expanse of land which five years ago was a billion dollar price tag still. It’s probably worth $500 million, and they lumped that into the tourism district.”

“I looked him in the eye and told him he’s done better than he realizes,” the assemblyman said of a sitdown he had with Langford in the lead-up. “This truly is a partnership. The city needs help in growing and protecting a valuable industry. The state is coming in to be helpful and not coming in to take over. The authority can be faster than traditional government with what they can do when they’re properly charged. This will get Atlantic City better positoned.”

Scheduled next week to meet with Christie’s staff, Langford said he still wants to sit down personally with the governor but doesn’t yet know if Christie intends to sit with him.

“I know if he understands the full extent of this bill,” Langford said. “They want to create an additional and separate police force and then give us the bill to pay for the officers.

Burzichelli said an earlier version of the bill did that, but not the final version.

In any event, “We want to sit down with the governor and hope reason prevails,” the AC mayor said.

Short of that, Langford said he is prepared to sue the state. 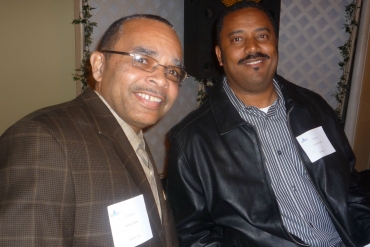