Near the beginning of The Panic Virus, Seth Mnookin’s definitive, infuriating history of the myth that vaccines cause autism, the author relates a story from a Park Slope dinner party he attended in 2007. Mr. Mnookin was discussing pediatric health with a new parent in his early 40s who explained that he and his wife had decided to delay their child’s vaccines. On what sources had he based this weighty decision? Questions along these lines were met with murk. “I don’t know what to say,” the man replied. “It just feels like a lot for a developing immune system to deal with.”

It was this F-word–feels–that left Mr. Mnookin justifiably gobsmacked, and it serves as the departure point for The Panic Virus, an attempt to explain how thousands of otherwise sophisticated Americans could make a fatuous decision to opt out of what is arguably modernity’s greatest medical achievement. Most children “exempted” from vaccines (a fittingly ridiculous term, as if the kids place out via AP exam) are not low-information progeny. They are being raised in college towns, in wealthy suburbs and in tony urban enclaves like Park Slope, by the sorts of parents who are otherwise given to grave tut-tutting about the anti-science stances of others–the climate-change know-nothings, say, or the ovine devotees of the garish Creation Museum in Petersburg, Ky.

College-educated parents tend to bear their children later in life, which makes their disrespect for vaccines doubly shameful. After all, if higher education has left 30-somethings unaware of the ravages of infectious disease through history, they need only ask their own parents to hear vivid testimony from a time when measles and polio, two diseases now nearly banished from the United States, were annually crippling and killing thousands of American children. Instead, these affluent parents have turned their backs on a century of medical progress, assuming an attitude typified by a school administrator in Del Ray, Calif., who when asked by the Los Angeles Times about the roughly half of its kindergartners who arrived not properly vaccinated replied that the school’s parents “question traditional knowledge, and feel empowered to make their own decisions for their families, not deferring to traditional wisdom.”

How did we reach this dispiriting pass? There is an easy answer and a more complicated one. Both begin with Andrew Wakefield, a British gastroenterologist who published a paper in The Lancet, in 1998, purporting to show a link between the MMR (measles, mumps and rubella) vaccine and autism. That paper was retracted early in 2010, and last week the British Medical Journal published an investigative series that revealed the outright fraudulence of Dr. Wakefield’s work. Of the 12 patients considered in the study, five had displayed signs of autism prior to the vaccine, and three were not autistic at all, but Dr. Wakefield apparently falsified their records to conceal these facts. So a simple version of the story is that between 1998 and 2010, parents made their vaccine decisions on the basis of a faulty study, the recent discrediting of which has freed educated parents from the prison of misinformation.

But as The Panic Virus makes clear, the problems with Dr. Wakefield and his study were apparent from the beginning. Due to the speculative nature of the paper, based as it was on merely 12 cases (many of whom, it would be reported just months after publication, came to Dr. Wakefield by way of a law firm looking to sue vaccine makers), The Lancet emblazoned the unusual designation “Early Report” on every page. The journal also solicited a response from two vaccine specialists at the Centers for Disease Control (CDC), and their utter demolition of Dr. Wakefield’s methods appeared soon thereafter. That medical consensus stood strongly against Dr. Wakefield was made glaringly obvious within weeks of the study’s publication, and one cannot reasonably defend a non-vaccinating parent in 1999 (to say nothing of 2007, or 2010) for relying on his claims.

The more complicated answer is that Dr. Wakefield’s paper took on a public life of its own. For a decade, even as the medical establishment was disproving its claims over and over again, a network of autism advocates was using it to advance a PR battle against the safety of vaccines. Mr. Mnookin introduces us to these advocates–many of whom, like the former Playboy model Jenny McCarthy, are themselves parents of autistic children–as well as to their chief enablers, alternative doctors like Bob Sears, the best-selling pediatrician whosebook on vaccines touts children’s “natural immunity” and outlines its own idiosyncratic vaccine schedule. Mr. Mnookin is especially (and deservedly) savage toward the journalists who fed the anti-vaccine frenzy: for example, Sarah Bradley, a BBC reporter who glossed over the evidence against Dr. Wakefield in a 2002 TV special that touched off a cascade of U.K. media coverage; or David Kirby, a sometime New York Times freelancer who assumes a pose of neutrality in his 2005 book, Evidence of Harm,but in fact, both in his book and in his public appearances, has tipped the scales in favor of alarmism. Mr. Mnookin also trains his sights on Oprah Winfrey, who, while not taking a public stance on the issue, has given extensive airtime to anti-vaccine advocates, as in this back-and-forth with Ms. McCarthy:

McCarthy: First thing I did–Google. I put in autism. And I started my research.

McCarthy: The University of Google is where I got my degree from.

Mr. Mnookin sees Google, and the Internet more generally, as yet another accessory to the crime. On the Web, he points out, “facts float about freely and are recombined more according to the preferences of intuition than the rules of cognition.” Once fear has crept into the minds of parents, they can go online and readily find data, accurate or not, that confirms their skewed vision of medical reality.

Applied to parents, such as Ms. McCarthy, whose own children begin displaying clear signs of autism, this explanation seems fair; one can hardly blame such desperate parents for succumbing to online quackery. But autism afflicts less than 1 percent of children, whereas exemptors are legion. In many affluent communities, a third or more of parents are now choosing the wisdom of Dr. Sears over that of the CDC, and with predictable consequences: outbreaks of measles, whooping cough and Haemophilus influenzae (known as Hib) have begun to strike these communities. And it is not just the children of exemptors who are in danger; in many cases, these outbreaks ensnare children too young to be vaccinated, for whom “herd immunity” (which generally requires 90 percent compliance) is the only protection.

We cannot saddle the Internet with the failings of all these parents. As it happens, the University of Google is a far more respectable alma mater than Jenny McCarthy lets on: In a search for “vaccines and autism,” one has to dig deep indeed to find the first page supporting a link between the two. Most exempting parents are intelligent enough to know that our relative freedom from infectious disease is due to vaccination; they merely feel that the risk of childhood vaccination (and there is some, though it is small, and autism is not among the dangers) should be borne by the children of others. One such parent, whose child was responsible for setting off a 2008 measles outbreak in California, told Time that she “felt safe in making the choice to vaccinate selectively” because measles “doesn’t tend to be a problem” in the United States. She went on to make the point more explicit: “[B]ecause I live in a country where the norm is
vaccine, I can delay my vaccines.”

Her pediatrician was none other than Dr. Sears, whose alternative vaccine book spells it out further. “Given the bad press for the MMR vaccine in recent years, I’m not surprised” when a family decides not to get it, he writes. But he adds, “I also warn them not to share their fears with their neighbors, because if too many people avoid the MMR, we’ll likely see the diseases increase significantly.”

Which leaves us with the question of dinner parties. How do we handle Mr. Mnookin’s fatuous friend? The Panic Virus aims to engage him or, failing that, to explain him; and yet a better choice still is to spurn him. Surely this same man, at this same party, could not have denied the existence of climate change without provoking spit-takes of wheat beer or dropped forkfuls of braised ramps. And the two claims are analogous, for both deny science in the service of what is, at base, an ideology: the magical faith that sacrifice is never required–at least not by you! Not by your darling child!–to safeguard the common good, no matter how strenuously the facts tell you otherwise. A friend who does not vaccinate is an ex-friend.

Mr. Wasik, an editor at Wired, is the author of And Then There’s This: How Stories Live and Die in Viral Culture. 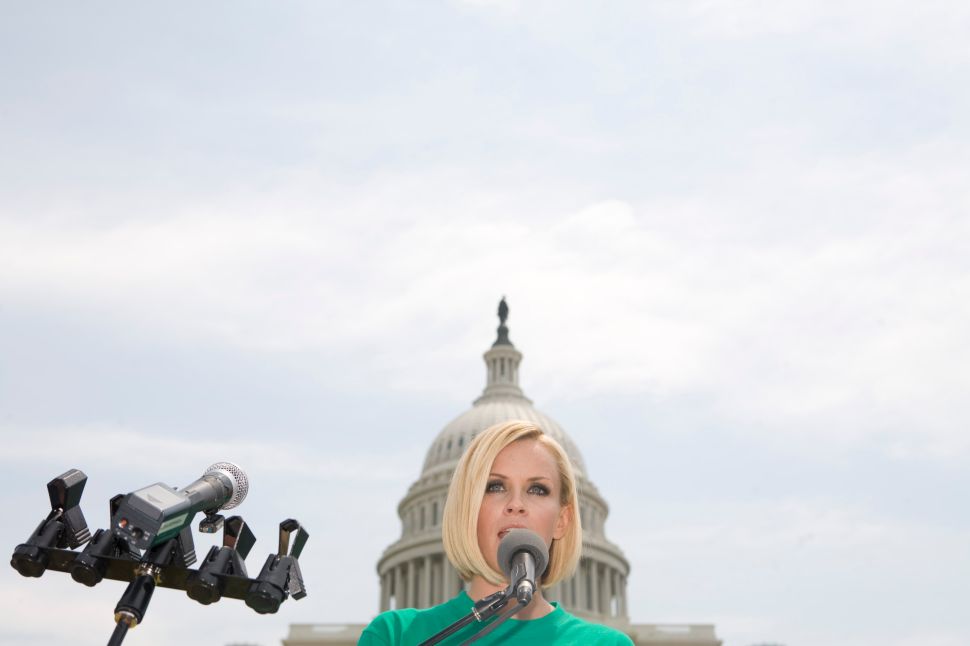