The new “Martin O’Shea Open Public Records Act” will be before the Senate Government, Wagering, Tourism, and Historic Preservation Committee on Monday.

The amended substitute has been in the works for years, something O’Shea, a former newsman and open government advocate, worked on before his passing just over a year ago.

Among the changes: records requesters no longer need to be citizens of New Jersey, criminal investigation records are expedited, and requests and responses can now be done more easily via email.

State Sens. Loretta Weinberg (D-Teaneck) and Barbara Buono (D-Metuchen) are sponsoring the measure and hoping to integrate transparency regulations into the Digital Age.

From the Statehouse to the smallest municipality, “Everything we do belongs in the public purview,” Weinberg said.

The new laws would amend and replace the existing Open Public Records and Open Public Meetings Acts, although the latter has yet to hit the committee agenda.

As an example of the techie upgrades proposed to the OPMA law, town councils can no longer text or email fellow elected officials from the dais at meetings.

“It’s a disrespect to the public seeing five council members up there on their Blackberries,” Weinberg said, and scheming vote counts can happen right before the public’s eyes – on little keyboards and screens not in their view.

All of this depreciates the public forum of government, she said, and leaves the taxpayers in the dark, albeit a different kind of seclusion than the backroom quorums that necessitated the original Sunshine Laws.

“We’re bringing this into the 21st century,” she said.

Other tightening of the laws is included, too.

In the new OPRA bill being discussed on Monday, the seven-day response period for record requests would now include the day the OPRA request is received, unless it is taken in after 2 p.m.

Documents containing certain information concerning criminal investigations would be made public within 24 hours, or as soon as practicable.

The law will become more flexible in regards to emailed requests and responses.

It would allow for the option of an emailed records response without charge when possible and agreeable, and would allow an OPRA request to be filed via email, or fax if less than four pages in length.

Even if the requester doesn’t use a standard OPRA form, the new law would require a request to be honored “if it contains a notice that it is an OPRA request and contains the information required on the adopted form.”

Immediate access to documents which was provided in the original bill – documents like budgets, bills, vouchers, contracts (including collective negotiations agreements and individual employment contracts), and public employee salary and overtime information – would now be more clearly defined.

All of which would make it easier and faster to find out what the government is doing.

Redacted information would also need to be explained further, including why the information is redacted and the total number of records redacted.

Jersey City municipal clerk Robert Byrne, who has a reputation for his proactive response to OPRA requests, said there are some questions he still has after hearing about the proposed amendments from PolitickerNJ.

“Pulling a tooth out of the building department requires a Caterpillar crane, at times,” he said of the sometimes arduous and costly process of producing records. “OPRA assumes that taxpayers, or requesters, are paying for our time already and should be charged nothing extra for our services.”

He raises the point only to demonstrate how much is already expected of records custodians, but said of the amendments, “None of this raises our hackles.”

Email requests? He was way ahead of the law.

“We’ve been taking brown bags (with requests written on them),” he said. “If it’s in English and we’re able to understand it.”

Requesters are handed information that is immediately producible before they leave the office, he said, but not all immediate records are easy to produce. Like a list of all police officers on the payroll. “That isn’t always able to be done in three business hours,” he said, although, “Most people that deal with us are reasonable.”

Then there are the professional litigants who stroll in waiting for the first sign of delay.

With staffs being cut and budgets being reduced, he is finding it hard, at times, to supply the bodies that it takes to get the job done, like a recent request for 20 years of audits and budgets.

“What happens if an email comes in on a furlough day,” he asked.

Morris County Clerk Joan Bramhall hadn’t heard of the amendments either, but wonders if the new regulations put clerks in an untenable position.

“Do you think this is getting to be unreachable?” she asked. “We have to do it around our work time. It’s really a pain. I don’t know if it’s making it any better at all.”

The bill tried to require OPRA complaints to be routed through the GRC before heading to court – which most disgruntled requestors use as their primary method of appeal because it is a faster and more powerful approach – but the amendment was struck down because would unfairly restrict use of the judicial process in favor of the GRC. 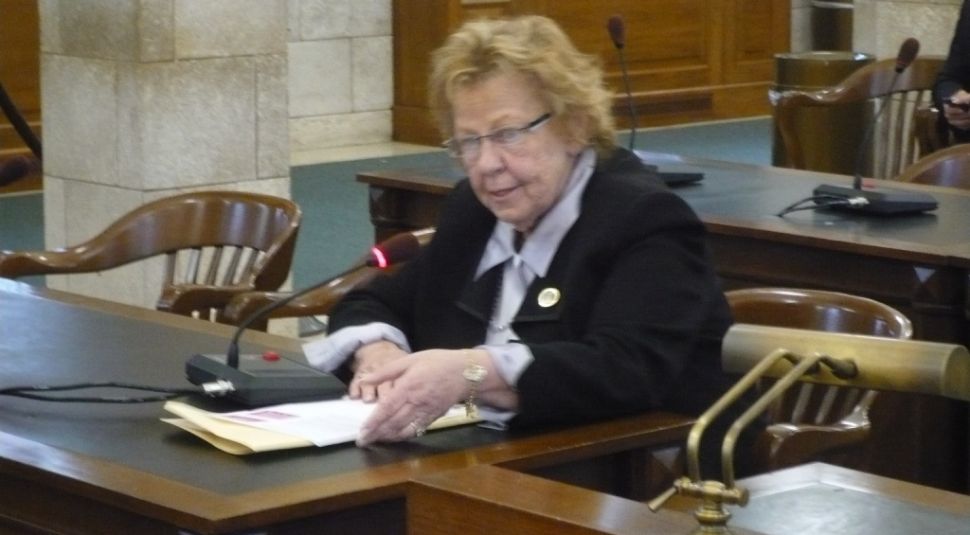