TRENTON – Chairman Paul Sarlo (D-Wood-Ridge) threatened to cancel a committee vote on school vouchers because representatives from the Department of Treasury and Department of Education failed to appear for the hearing today.

“We just received word a few minutes ago that the Department of Education will not be here,” Sarlo said following remarks from sponsor state Sen. Ray Lesniak (D-Elizabeth) and co-sponsor Minority Leader Tom Kean Jr. (R-Westfield).

“I am inclined at this point in time not to hold a vote on this bill until we have the department of education here,” Sarlo said.

“This committee, if you’re not going to allow a vote, will be creating a new standard,” O’Toole said, especially since votes have been held in the past on bills without fiscal notes and the like.

“This is a billion dollar program,” Sarlo said, making a distinction. “This has far-reaching implications.”

Lesniak agreed that DOE should be in the meeting to explain the implications of the bill, but offered to answer any questions he can.

And he clarified: “It’s a one-billion-dollar over five-years program.” Lesniak also said the fiscal evaluation does not include the tax burden of closed private schools over the past ten years, which he said is extensive.

Sarlo never committed on whether a vote will be heard, but he and state Sen. Barbara Buono (D-Metuchen) continued to debate the bill’s merits with Lesniak.

The state is already short on required school funding, per a court-ordered formula, and she said any available revenue should be put toward that before this sort of initiative. 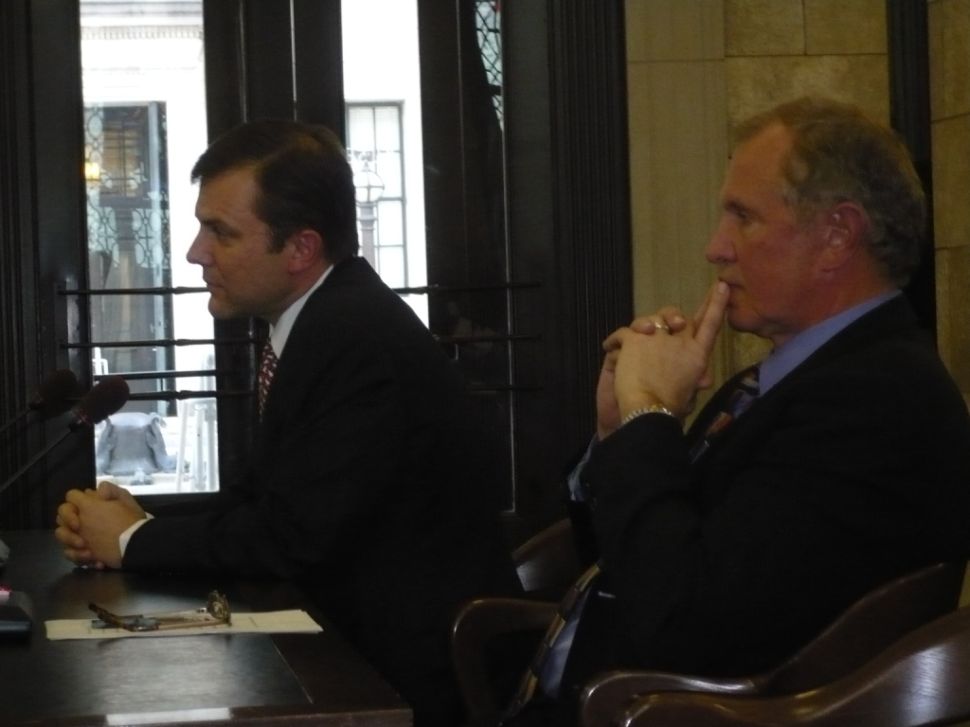