Reform Jersey Now received the most attention as it generated in excess of $624,000 to battle legislators loath to back the GOP governor.

Long a member of Excellence in Education for Everyone, or E3, Zimmer now serves as chair of the organization’s 501(c)4 and a separate political action committee (PAC).

He emphasized the bipartisan nature of the group, which counts Newark Mayor Cory Booker and the Rev. Pastor Reginald Jackson of Orange among its most vigorus public boosters.

On Thursday, as state Sen. Raymond Lesniak (D-Elizabeth) prepares to advance his Opportunity Scholarship Act, E3 intends to bus in allies for the legislative session.  The governor plans to screen the urban education drama “Waiting for Superman” at the state museum tomorrow at 11:30 am.  A panel discussion follows at 1 pm.

As for Republican Zimmer’s chairmanship of E3,”I have no problem with that,” said the Rev. Jackson, a Democrat. “E3 is seeking choice for low-income parents and it ought to be bipartisan. E3 is made up of Republicans and Democrats. I fully support the governor’s efforts to reform charter schools and public schools. This speaks well of the governor that most of those who benefit from his efforts are from a community that did not support him in the last election.

“It is my hope that my party will be part of this effort,” Jackson added. “I commend Senator Lesniak for his work on the Opportunity Scholarship Act.” 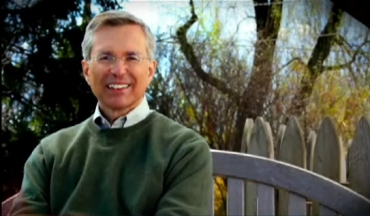