TRENTON – Suburban Republicans terrified of a repeat of last year’s budget impact on suburban schools in a legislative election year issued an audible sigh of relief following Gov. Chris Christie’s announcement today that he would be restoring $250 million to schools.

Scoffed at by Democrats as a paltry restoration, the money presumably targets those education centers in swing districts or Republican suburban districts where Democrats might find targets of opportunity around the issue of school aid.

A Republican source told PolitickerNJ.com shortly after the budget address that the school aid formula – to be released formally tomorrow – will mostly benefit suburban schools.

“After enacting a tough but responsible budget last year that reduced both taxes and spending, Governor Christie and Republicans in the Legislature have set New Jersey on a fiscally sustainable course,” said state Sen. Sean Kean (R-21) of Wall.

“We have stabilized the state’s fiscal affairs enough to allow us to increase funding for core priorities, including education and property tax relief, even as we continue to maintain fiscal discipline and reduce overall state spending from year to year.

“Governor Christie’s proposed budget increases state aid to every school district in New Jersey by a total of $250 million. Suburban schools that have become accustomed to having their state aid cut the most will instead see the biggest increases in state aid next year under the Governor’s plan. The plan to increase school aid, combined with the two-percent property tax cap we enacted last year, will help bring property tax bills under control. This is all proof that fiscal discipline is the best form of tax relief.”

Never in danger of a general election upending in heavily Republican Warren County, state Sen. Michael Doherty (R-23) of Washington Twp. could feel somewhat pacified by the schools funding news – and insulated from a primary threat built around that issue.

“The governor upheld his commitment to public education by increasing funding for schools across the board,” Doherty said. “This year every school district in the state will see a significant increase in state aid. To achieve our goals, we must work in a bipartisan fashion to implement reforms to the state’s pension and health benefits systems. The timetable set forth by Senate President Sweeney last week is a sensible and achievable goal.”

“The governor is again targeting our public schools by failing to restore their aid cuts,” read a Dem memo distributed at a pre-budget caucus meeting. “This year’s miniscule increase in school aid will just mean higher property taxes and does not fix the damage from last year.” 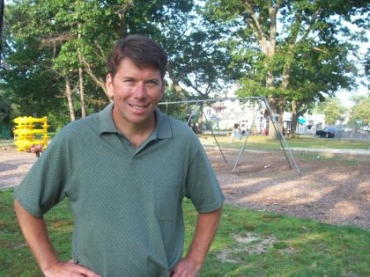