NEWARK – U.S. Sen. Bob Menendez (D-Hoboken) planted a podium five stories above the streets of the Ironbound in the middle of a sewing factory to declare his commitment to killing the duties on raw materials necessary to make shirts.

“This is not an earmark, as some have suggested,” Menendez said of his cotton bill. “This is a tax issue that needs to be revived. It’s the right thing for America.”

Flanked by 50 sewers who work at the Gambert shirt factory, Menendez gave a nod more than once to his roots in Union City, where his late mother worked in the garment trade.

“I’m reminded of my own mother, who worked in the factories of Hudson County,” Menendez said. “If you told me growing up that I would be able to go to law school here in Newark and go on to be one of 100 senators (I wouldn’t have believed it). It is the promise of America fulfilled.”

That fulfillment still contains more than the suggestion of a struggle for two generations of Gamberts, who first founded this shirt factory in 1933, which now produces an estimated 60,000 shirts annually.

“We face high competition from the Asian market,” said Mitch Gambert, who stands to inherit the sewing business from his parents, Mel and Lorraine. “If the measure (backed by Menendez) doesn’t pass, that market will have a huge leverage.”

Treated like the hometown son made good by women who left their sewing machines on a signal from the boss to excitedly pose for pictures with the U.S. senator, Menendez said any business that has to import fabric in order to create a final product would benefit from his bill.

His appearance here at the rugged outer shell of Newark that crumbles toward those pock-marked curves of the Passaic and Hackensack barring Essex from Hudson County, marks one of numerous senators sightings in the new year. Menendez took a similar factory tour of Perth Amboy on Monday, and has beefed up his schedule of political events, too, including on his calendar a recent face to face encounter this month in Camden with South Jersey kingpin George Norcross III.

Census numbers showing Latinos recording an 18% population presence in New Jersey in addition to a 44% job approval rating for the senator today, according to Quinnipiac University – trending, at least, in the right direction, and President Barack Obama similarly trending upward at 55% are three numbers much on the minds of Menendez allies, who increasingly like his 2012 re-election chances and are conscious of his increased hometurf visibility. 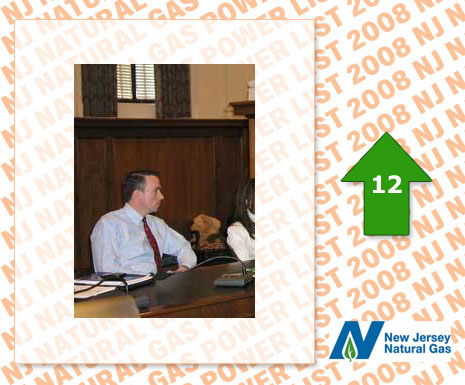