TRENTON – Gov. Chris Christie announced another 71 employees were terminated today at the Passaic Valley Sewerage Commission, another sweep in his continued fight against public authorities that lack government oversight.

He said the commission, which handles waste water in four northern counties, has been rid of 96 individuals in less than two weeks, including three who were arrested and accused with using their public positions to their own benefit.

According to sources, a total of more than 140 employees have either left or have been fired since the Star-Ledger broke their in-depth expose on the authority a few weeks ago.

The drastic maneuvering at the PVSC will bring an immediate saving to the ratepayers in the north of over $10 million in salaries and benefits.

“The operations of the PVSC are still going just fine for those who want to flush their toilets in those four counties,” Christie said.

The offenders have “significant patrons inside this building,” Christie said. “This has been a place for key powerful legislators in both parties.”

“Hack after hack being (placed) in there by senators,” he said, turning down an opportunity to name the names of these “powerful legislators.”

“They perpetuated a never-ending cycle,” he said, of patronage and abuse of power. “Who over the years have been benefiting from these places, and who are the relationships and connections linked to? We’re looking at that.”

He thanked hand-picked PVSC executive director, former Somerset County Prosecutor Wayne Forrest, and his authorities director, Deborah Gramiccioni, who were both at the press conference.

He praised Forrest for slashing top-level salaries, setting up a code of ethics, and freezing all legal spending at the commission.

Christie called on the legislature to post a bill to give him the authority to veto minutes of the commission.

“Legislators should have to answer if they’re not moving (on this),” he said.

State Sen. President Steve Sweeney (D-West Deptford) responded through spokesman Chris Donnelly: “The governor has changed six commissioners and the executive director. At this time, clearly he has shown he has complete authority over the issue.”

Christie shrugged off a question on whether O’Toole – who formerly worked for a law firm contracted by the PVSC – and Stack – who’s catching heat for possibly supplying his wife with a city car for her non-profit day care center – are the best persons to be heading the charge for reform.

The commission needs “adult supervision,” Christie said, which is what his veto power would provide and what he would “judiciously and aggressively utilize.”

“It’s political patronage, clear and simple,” he said, plus there has been an outcry from mayors over the sewerage costs to their cities.

It should help that he and Forrest are “lopping off a quarter of (the PVSC’s) payroll budget.”

Next up may be the North Jersey District Water Supply Commission, he said, and Casino Reinvestment Development Authority Executive Director Thomas Carver is not long for his post. 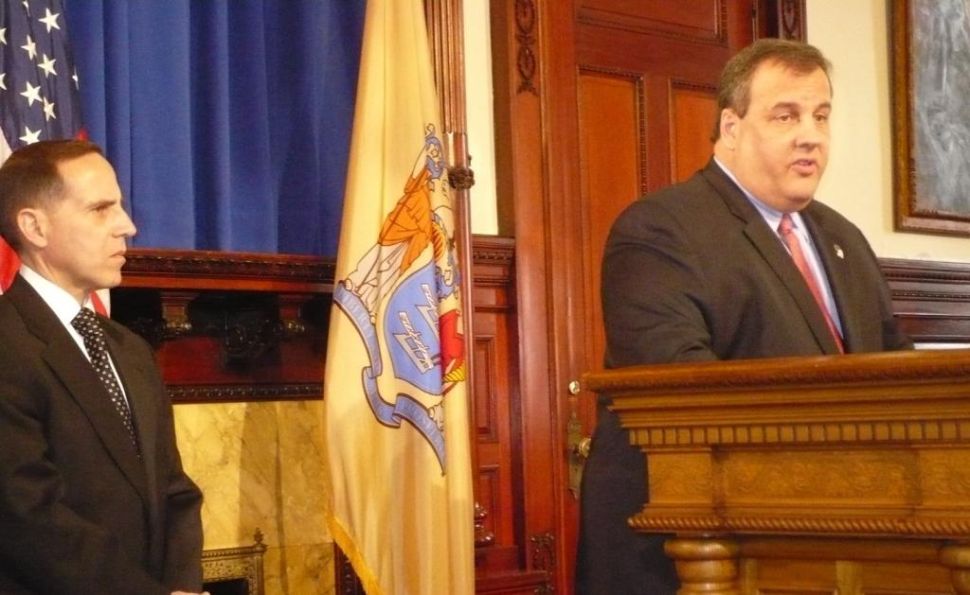