“This is a defining moment for the labor movement and our middle class,” said AFL-CIO State President Charles Wowkanech. “We are one, we are united, and together we will fight for economic and social justice and our shared democratic values. We must send a strong message that union busting is not a budget solution and that we need to improve the quality of life for all workers – not dismantle it.

“The budget crises faced in states across the nation are not the fault of the hard working middle class people who build our buildings, care for the sick, teach our children, and fight the fires. Instead, we should focus our attention on the Wall Street bankers and corporate CEOs who melted down our economy and along with it many states pension funds and finances.”

The show of force bucked up the public sector.

“I’m looking at today’s weather and am very happy to see the number that turned out sticking it out in the downpour,” said Assemblyman Wayne DeAngelo (D-Hamilton). “It comes down to collective bargaining and avoiding balacing budgets on the backs of working people.”

Spilling out of the downtown labor headquarters of their respective locals and bussed in from the Badger State, workers in rain gear dominated the square in front of the Statehouse, all but swamping the Tea Party effort to level the battle onto one field – even if they weren’t really aware of the local players.

“I’m from Wisconsin,” said a woman in a parka on the Statehouse steps. “I don’t know who’s who.”

Notable among the missing were any heavy presence of Building and Trades Council ironworkers, whose most hard-boiled ally at the statehouse is one of their own, Senate President Steve Sweeney (D-West Deptford), a longtime advocate of public worker healthcare and pension benefits reform. The big public sector contingent repeatedly celebrated the attendance here today of “one labor movement,” and pointed to scattered showings of painters, bakers and asbestos workers.

“The battle line is relief for the property taxpayer in New Jersey,” said Sweeney spokesman Christopher Donnelly, explaining that the senate prez had “several previous engagements.”

“We can provide real property tax relief and protect the rights of workers in our state,” Donnelly said. “Senate President Sweeney’s focus is on passing the landmark public employee pension and health benefit reforms that he has introduced. He is willing to work on this legislation with any and all interested parties, so long as the end result is reform that creates savings to the taxpayers, helps mayors rein in property taxes, and is fair to middle and lower income workers.”

In the main, it was public worker dominant.

Although they milled about at the head of the crowd, none of them spoke in front of a microphone.

“Working families did not create the economic crisis – so why are politicians like Scott Walker and Chris Christie trying to solve it solely at the expense of the middle-class public workers who protect abused and neglected children, care for the disabled, help the unemployed and protect our environment?” said Hetty Rosenstein, state director for the Communications Workers of America. “All over America, people are speaking out and making clear that working and middle-class families reject these efforts to protect the wealthy, vilify public workers, and divide neighbor against neighbor.”

Lonegan did his best to seesaw the argument back in his direction, where a group that included state Sen. Michael Doherty (R-Washington Twp.) camped in front of the Statehouse Annex.

“This is a critical time,” said the movement conservative leader. “What is going on down the road from us is an attack on the taxpayers of New Jersey.”

“But our rally was from the heart,” he said. “They’re getting paid to be here today, we’re not. Plus, of course, they’re all already down here.”

Sadistic onlookers and press people tried to prod one face off between the two groups at the overflow edges of both where the Statehouse joins the annex. The Tea Partiers were vastly outnumbered, however, and the would-be stage share turned into a non-event as cops quickly siphoned one group from the other and kept people moving.

Carving out senate leadership’s public sector advocate role to counterbalance Sweeney, Buono in a conversation with PolitickerNJ.com took a swipe at Christie.

“A tough guy doesn’t have a state trooper haul a public sector worker off the stage when he’s done with him,” she said, referring to Christie’s infamous faceoff with a teacher in Parsippany.

She also bashed Christie and Walker in one lump.

“We have this new crop of Republican governors catering to our basest instincts,” said the majority leader. 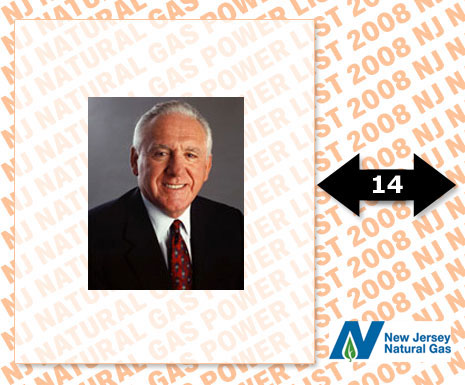