Even Assemblyman Michael Patrick Carroll, (R-25), of Morris Township, one of the most conservative members in the party,  believes the governor “struck the right notes.”

However, there is some room for improvement. Carroll believes in a “one-size-fits-all approach” when it comes to funding school districts, regardless of whether they are an Abbott District or in an affluent suburb. It is one of his many long-standing beliefs.

“We should go after the cities a lot more,” he said on Wednesday about schools in urban area., “They are way too heavily funded. That’s too much. The same amount should be given to schools in Mendham and Asbury Park.”

Christie mentioned in his budget address Tuesday before the Legislature that Asbury Park spends some $31,000 per student. He also mentioned Newark, which Christie said spends about $24,000 per student. Both school districts are heavily funded by the state.

Besides education, Carroll said that in Christie’s budget address more money was planned for Charity Care than he would have liked to have seen. Carroll encourages “individual responsibility.”

“You crank out a kid and you can’t afford it, that’s your problem,” he said.

Under the governor’s proposed budget, the Charity Care budget saw a $10 million increase to $675 million.

Carroll was one of the last Republicans last year to support the budget, doing so reluctantly. He described his decision at the time as the lesser of two evils. 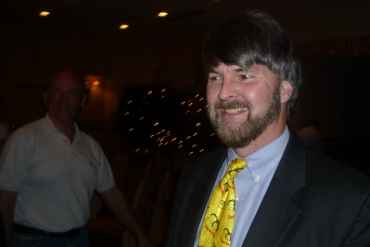