Acting Department of Education Commissioner Christopher Cerf, who was the subject of a Star ledger article Wednesday exposing his ties to a consultant hired to overhaul Newark’s school system, faced similar questions in 2007 while working in New York City.

According to a New York Times story dated Feb. 9, 2007, while working as a deputy chancellor of the city’s school district Cerf owned shares in a commercial public school operator while a subsidiary of the company was under contract with the school system.

According to the Times, Cerf owned shares in Edison Schools Inc., but had sought a waiver from the district’s Conflicts of Interest Board to allow him to keep the shares. Cerf had been president of Edison before taking the position in New York City. He reportedly changed his mind and divested his shares just 24 hours before a parents group planned to question Cerf about his ties to the company.

Asked at the time why he had changed his mind about the waiver, Cerf told the Times his ownership stake could pose a distraction.

“I concluded that this had the potential to be a distraction,” Cerf said in 2007. “It felt like there was going to be kind of a buzz about this.”

At the time Cerf owned the shares, Edison subsidiary Newton Learning held a contract with the city to provide tutoring services for students in failing schools.  The contract was worth more than $9.6 million during the 2005-2006 school year, the Times reported.

A school district attorney told the Times that Cerf had been open about his stake in Edison and had planned to recuse himself from any city dealings with the company.  The attorney told the paper he was confident the board would have granted the waiver.

Cerf said at the time that any valuation of the shares was purely speculative as Edison was a private company.

A Star Ledger story Wednesday disclosed that Cerf was a founder of an educational consulting firm that is currently working to overhaul Newark City Schools.  The company, Global Education Advisors Inc., lists Cerf’s Montclair address as its address of record.

Cerf told the Ledger that while he helped found the firm, he had no dealings with it and had no financial ties to it whatsoever.

The firm ‘s plan for Newark, which includes opening about a dozen additional charter schools while closing or consolidating city public schools, had city residents up in arms earlier this week. 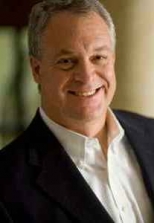