TRENTON – Gov. Chris Christie said the Schools Development Authority was rank with politics, inefficiency, and corruption. Not any more.

Christie rolled out a new plan for the SDA which is transparent, cost-efficient, and importantly one where projects are ranked and approved based on objective standards, “not who has the thumb on the scale for you.”

Hundreds of millions of dollars have been wasted, he said at a press conference Tuesday.

“The phrase ‘regardless of the cost’ is stricken from the vocabulary of this (administration),” he said. “We’re going to use the money that we need to use for these projects and we’re not going to use any more.”

The state is using $584 million to fund the ten projects that made the cut, although Christie called that number a “Corzine-era estimate” which may end up being reduced.

Christie is also allocating $100 million for emergent school projects, responding to community complaints of a lack of attention being paid to crumbling roofs and failing HVAC systems recently.

The new prioritization has rolled back the list of projects going forward at the SDA from upwards of 50 to only 10, only two of which will begin construction in 2011.

When Christie tabbed Marc Larkins to take over the SDA last year, he gave Larkins time to review the current state of affairs and make recommendations to the governor about what reforms and reorganizations need to be in place.

During that time Larkins cut 20 percent of the SDA staff – for $4 million in savings – addressing one of the problems with the agency that Christie mentioned today: overstaffing.

Another problem Christie found immediately was cost overruns approved through change orders, “an area of significant abuse.” In one of his first vetoes, Christie overruled the SDA board by rescinding some of those change orders. Now, the SDA is changing their process to provide better oversight when contractor payouts get bumped.

One of the causes for the overruns, Christie said, was the fact that projects were being green-lighted before they were ready. Not any more.

The state will be standardizing the school construction process from now on, meaning when a school gets built the choice will be limited to selection from a few template elementary, middle, and high schools. 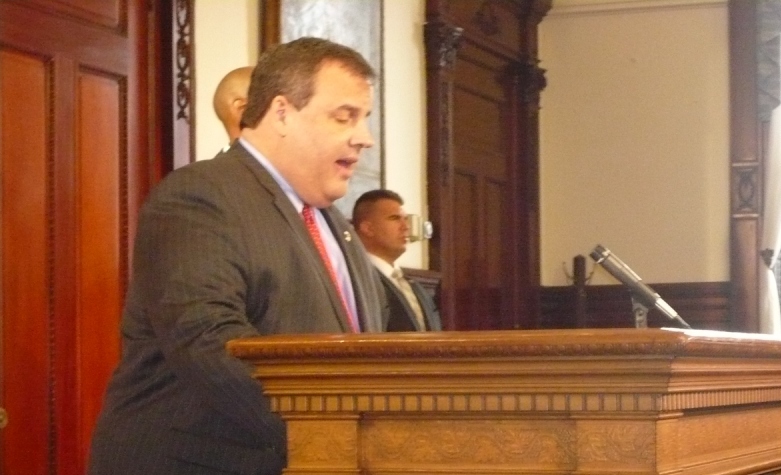