Against the objections of New York City Mayor Michael Bloomberg, New Jersey Gov. Christie Christie issued Executive Order No. 41 officially terminating the New York Mets baseball season as of February 18th. However, the New Jersey governor may have overreached his authority this time.

“The governor of New Jersey has no authority over the New York Mets, as they are geographically domiciled in Queens, with their principal place of business being in New York City. If anyone has the authority to put the team out of their misery before the start of the baseball season that would be me is the mayor of New York,” said Mayor Bloomberg in a statement to the press. The New York mayor was still considering all options at this time to deal with the impending Mets baseball season crisis. Governor Christie defended his actions, ” I am a lifelong New York Mets fan, and it pains me to have to take this action. But the families of New Jersey come first, and must be protected from the ongoing baseball crisis.”

Teams scheduled to play the Mets will receive “a half a win for each game that was to be played”, said Major League Baseball Commissioner Bud Selig.

The exact wording of Executive Order No. 41, in part:

WHEREAS, the last time the New York Mets were in the World Series was 2000; and

WHEREAS, the New York Mets finished the 2010 season with a winning percentage of just .488, in fourth place; and

WHEREAS, the New York Mets finished the 2009 season with a 70-92 record, finishing in 4th place in NL East; and

WHEREAS, the New York Mets finished the 2008 season with a 89-73 record, finishing in 2nd place in NL East; and

WHEREAS, the USA Today’s sports section last week touted the Phillies’ pitching staff as “one of the all-time bests…”NOW, THEREFORE, I, CHRIS CHRISTIE, Governor of the State of New Jersey, by virtue of the authority vested in me by the Constitution and by the Statutes of this State, do hereby ORDER and DIRECT:

1. A state of baseball emergency exists with regard to the New York Mets ‘professional’ baseball team by reason of the facts and circumstances set forth above.

2.   In light of these facts and circumstances, I hereby order the termination of the New York Mets baseball season as of Friday, February 18th 2011;

3.   Furthermore, I order all pitchers, catchers and all other baseball players currently contracted to perform professional athletic services for the New York Mets to return home to their families until further notice, and cease and desist from any and all spring training activities at this time.

4.   Mets manager Terry Collins is hereby ordered immediately to cease and desist from any and all managerial, directorial, coaching and other leadership activities.

4.   This action is taken to ensure that the families of the New York/New Jersey metropolitan area are in no danger of seeing something offensive to the sensibilities of the ordinary baseball fan. 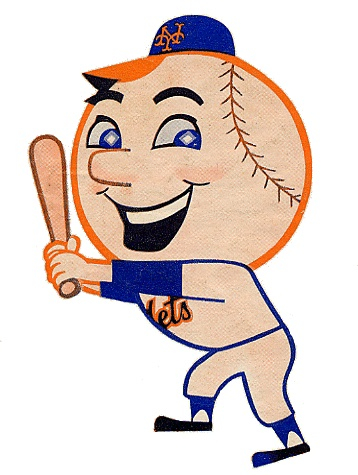