“The day of reckoning has arrived,” Christie proclaimed Thursday about state pension and health care deficits, hammering home the need for reforms.

With the savings found in Christie’s public employee health care reform, “I will take that $300 million, I will use it to double your property tax relief.”

He found applause from the South Jersey audience, but he didn’t tell the crowd that he’ll only use half of the savings for homestead credits.

He also didn’t tell the crowd that Sweeney has his own public employee health care reform, a more gradually introduced and salary-tiered proposal, more lenient for the union employees.

But even Sweeney’s plan – which has less cost savings than Christie’s plan – is not finding much support among his Democratic majority colleagues.

“You’ve got 126 days left to get this done,” Christie said in Sweeney’s general direction Thursday, setting another clock ticking on legislative action.

The governor acknowledged that municipalities will have a “bumpy” year ahead under the 2 percent tax hike cap – so, he’s hoping, state tax relief will provide some cushion.

Why is he tying it to his reform package? “My mother didn’t raise no fool.”

“Public employee unions will go crazy,” he said. “They already are.”

And if Democrats refuse to pass his reform, and the homestead relief doesn’t come, then voters will see, Christie said, that their legislators sided with public employees – teachers, firefighters, state, county, and city workers – over taxpayers.

“The governor’s pitting of neighbor against neighbor – teachers against senior citizens, police officers against retirees, firefighters against the disabled – is abhorrent politics. Senior and disabled citizens shouldn’t be pawns in this governor’s awful political theater.” 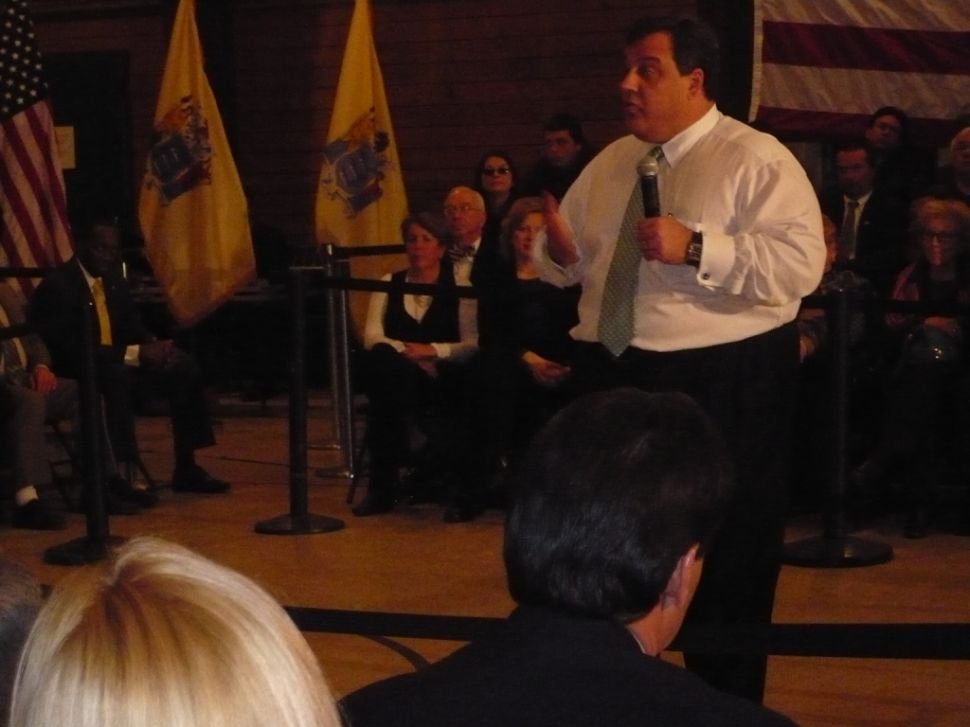