LINCOLN PARK – Minus the soft shoe and burlesque and heavy on self-reflection, Gov. Chris Christie brought his stage act to this north country burgh this morning, where bumper stickers like “Obama: Impeach Him!” plaster the backs of the cars in the Police Athletic League (PAL) parking lot.

In the interest of cost-savings, he said he won’t hitch New Jersey to a lawsuit filed by nearly 30 states against President Barack Obama’s healthcare reform, which the governor opposes.

“No,” the governor said in response to an audience member’s question. “For once I would like the citizens of New Jersey to get a free ride. Other states are carrying the freight (of legal costs associated with the lawsuit).”

Crafted as a people-power launch pad into his budget address a week from now and chock-full of shout-outs to conservative pundit George Will, an old eye poke at Senate President Steve Sweeney (D-West Deptford) in retreading last year’s budget process and plenty of buildup rhetoric to more friction between himself and the teachers’ union, Christie took credit for budging President Barack Obama toward talking about “the big things” in the President’s State of the Union address.

However tough the coming days, Christie said he won’t be planting a cot in the governor’s office as he negotiates with Democrats.

“If you guys close the government, I’m getting in the black SUVs, I’m getting the state troopers, I’m ordering a pizza, I’m opening a beer and I’m watching the Mets,” said the governor.

He also promised to amputate the hackneyed screen-shot ops of special interest faces from his speech. He told his advisors he doesn’t want the predictable, requisite siren song notes grafted to his speech to appease various groups and emblematic power centers.

Targeting pension and heathcare benefits, Christie identified the most critical divide in New Jersey as that between “the people who get fringe benefits and the people who pay for them.”

The problem, said Christie, is “There is no reward for excellence and no consequence for failure.”

He busted up the Star-Ledger, referring to a “psycho” story the paper of record ran last year trying to discern the roots of his anger at public education, and moments later celebrated the messaging of “any cable television news show,” which now depict New Jersey, in Christie’s view, as a bluntly communicating state beyond the stereotypic confines of the Jersey Shore show and the Sopranos.

He lamented the unravelling of COAH (Council on Affordable Housing) reform, which he vetoed after being able to live with one of the early incarnation compromise bills.

“Assemblyman Green actually came up with a bill that is worse than what we have now,” Christie said. 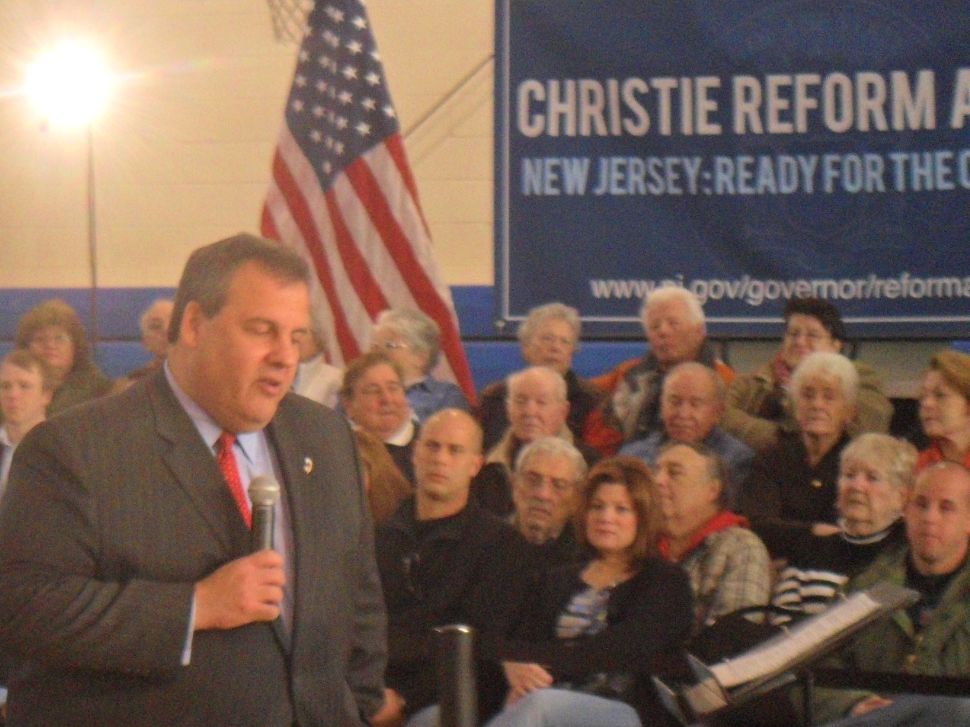