February 22, 2011: Gov. Christie to hold “Turn Back The Clock!” Counter-Rally with Republican electeds.

As Charles Wowkanech, New Jersey State AFL-CIO President, joins a furious clan of Wisconsin workers who will travel to Trenton this Friday who say the time is now to rally for collective bargaining rights, Gov. Christie will hold a counter rally on the Statehouse steps with Wisconsin Republican Governor Scott Walker.

Christie and Walker will be joined by dozens of other Republican elected officials from around the nation at their “Turn Back The Clock!” Rally. “The time is not ‘Now’; the time is ‘Then’. It is time to turn back the clocks,” asserted Walker in a media release.

“This is who I am!™,” began Gov. Christie with his now famous trademark phrIase. “Last year in New Jersey, and last November, the American people elected Republicans to turn back the clocks. To turn back the clocks on collective bargaining for unions. On environmental protection. On abortion rights. On child labor laws.” 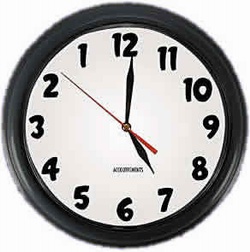