Whenever I get the chance to visit my parents in Florida when working a comedy gig down there, it’s like living in a “Seinfeld” episode. They keep the condo thermostat at 74 degrees, and yell at me not to touch it “because you will break it.” My father even put a piece of scotch tape over the dial, so no one else would touch it. The same piece of tape has been there for twenty years. My parents typify the typical Floridians — like Billy Crystal says, “They eat dinner at 4:30, lunch at 11:00, and breakfast the night before.”

And so, when my parents were worried about ‘identity theft’, [as if anyone in their right minds would want to be mistaken for them], they signed up for a senior citizen “A Dozen ID Theft Tips for Seniors.” My father took notes during the seminar to write down all the tips. “Don’t lend your driver’s license to anyone.” “Don’t ever tell anyone other than the government your social security number.” “Shred all documents you no longer need.”

It was this last ‘tip’ that got my father all upset.

“We don’t have a shredder, and we need one. And we have old papers we need to shred,” he told my mother.

“We don’t need a shredder. I can rip up the papers myself. And, anyway, we need to keep some of the papers we have. You never know if you’re going to need them,” was her response. By the way, some of ‘the important papers’ she says they may need ‘someday’ include their 1950 tax records; my father’s pay stubs from 1960, and receipts from my brother’s Bar Mitzvah party from Leonard’s of Great Neck in 1963.

But even my mother could not pass up the deal of a lifetime: an Office Max coupon in the Sun-Sentinel for a shredder for only $60. “A shredder for any room in the house, that can shred up to five pages a minute,” read the ad.

So, off to Office Max went my dad, with the clipped coupon in hand. “No identity thief is going to get his hands on my pay stubs,” he thought, driving down University Blvd.

Upon arrival, my dad asked to see the shredder from the ad, and he was ‘bait and switched’ to a $200 shredder — by a red-haired “assistant manager” with “Ned” written on his nametag. Ned went to work immediately.

“This is a much better shredder. First of all, it’s battery operated and portable. You can move it from room to room. If you have papers to shred in the office, you can move it there. If you need it in the kitchen you can work it there, too. Next, it shreds up to 30 pages a minute. And, finally, it can shred newspaper, too — for all those newspapers lying around the house.” For some strange reason, this last benefit really seemed to persuade my father. So, out came the credit card, and he brought it home.

“What is this? This shredder did not cost $60.” My father began to try and ‘sell’ my mother on this shredder. She was not buying any of it, and had a logical answer to every bit of the sales pitch my dad repeated verbatim from Ned.

“First of all, we don’t have an ‘office’. And if we are going shred anything, it’s easier to move the papers to the shredder, rather than the shredder from room to room to the papers. Next, who cares if it can shred faster? We’re retired. We’re not in a hurry.” And the final blow: “We don’t need to shred newspapers. We recycle them.”

And so, the shredder had to go back. However, my father had thrown out the original box. Undeterred, he took a cardboard box, stuffed the shredder in it, wrapped in crumpled Sun-Sentinels, and finished the job with duct tape. For good measure, he wrote “SHREDDER” on the box six or seven times. “Good as new,” he thought. Before he went to the store, he picked me up at the airport, as I was in for a visit. When I saw the shredder sitting in the back seat, my curiosity got the best of me, and he told me the whole story. “Dad, you were ‘bait and switched’,” I told him. Now, he was ticked off, and was ready to do battle with Office Max Ned.

Just minutes later, we arrived at Office Max, with my dad hopping mad and me following behind, carrying a cardboard box, with “SHREDDER” written on it, on all six sides. The automatic doors opened, and my dad yells to the ‘greeter’, “I want to see the assistant manager, Ned — nobody ‘baits’ me and ‘switches’ me.” The greeter — someone even older than my dad — just smiled. “I brought my son with me. He’s a lawyer — and he’s from New Jersey!” It was this last part that seemed to get the ‘greeter’ moving to find Ned.

Not more than twenty minutes later, we left the store with the $60 shredder, and an Office Max debit card, with the $140 balance on it.

“We should have demanded cash. What kind of a lawyer are you?”

“It’s OK, dad, I will take the Office Max debit card. I can use it at stores in New Jersey.”

And today, those 1950 tax records will never get into the hands of any identity thief. 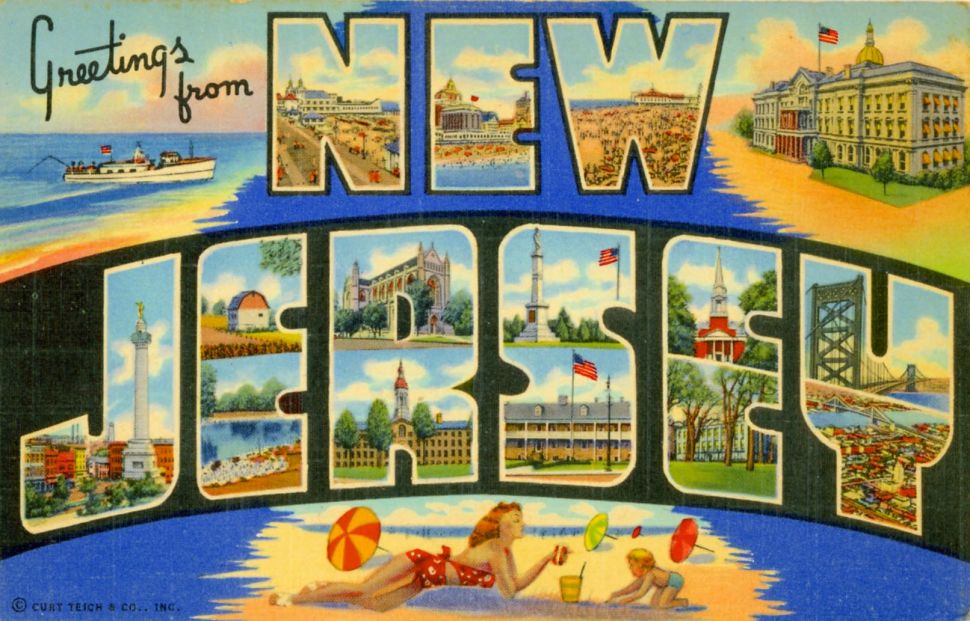