David S. DeWeese of Wildwood, a former municipal court judge, announced today he will seek the Cape May County Republican Organization’s endorsement for the 1st District Senate seat and the right to face state Sen. Jeff Van Drew in this year’s general election.

“I am very excited about the direction of the organization, and I believe that the November election is our opportunity to regain this seat in the New Jersey State Senate,” DeWeese wrote in his letter to county GOP Chairman Michael Donohue. “My decision to seek this nomination has involved not only substantial research, but also an inquiry of our constituents. I am satisfied that with hard work and party unity we will be successful in November.”

Although he won’t formally endorse, Dohohue is said to favor his friend and fellow attorney DeWeese for the job. The county chairman has received at least two other letters of interest in the First District Senate seat: one from Troy Ferris, Republican State Committeeman from Cumberland, and another from Tom Greta of Lower Twp.

Insiders are watching this one to see if Dohohue can maintain party discipline less than a year after he rode a wave of Tea Party fury to supplant veteran Cape May Republican Chairman David Von Savage. The question is whether the new breed GOP can build a strong platform or whether Cape May will devolve into internecine warfare with embittered underground Von Savage allies.

“We have a unifed Republican Party,” said the new chairman. “The best evidence of that is that each of our candidates for freeholder won by 10,000 votes last year. You don’t win elections like that with a fractured party. What I’m calling this is downhill locomotive.”

Although even Republican insiders look at Van Drew’s numbers and recoil at the thought of a protracted battle with himand wonder about viability of a prosecutor and former public defender whose wife serves as an assistant prosecutor, Donohue insists the senator – who on key occasions has voted for measures supported by Gov. Chris Christie, including the governor’s budget – is beatable.

“Jeff Van Drew is the consummate politician,” acknowledged the county GOP chair. “But I think the electorate is moving very rapidly away from that brand. The knock on Jeff is he seems to be on every side of every issue. Te perfect example is his initial vote on (former Gov. Jim) McGreevey’s budget. He voted ‘yes,’ then ‘no,’ then abstained. All on one budget. That pretty much set the tone.”

As for his votes on McGreevey’s budget, “That was a long time ago,” Van Drew told PolitickerNJ.com. “I don’t even remember that. I look forward to an active debate of the issues. I’m very nonpartian and nonpolitical. I enjoy campaigns and debate. We’ll continue to work hard for the district.”

A Republican convention is scheduled for March 9th at the Wildwood Convention Center.

“There is great momentum for a new, more responsive and more cost-effective approach to government,” DeWeese said.  “I look forward to being a part of that and earning the support of voters in the First District.” 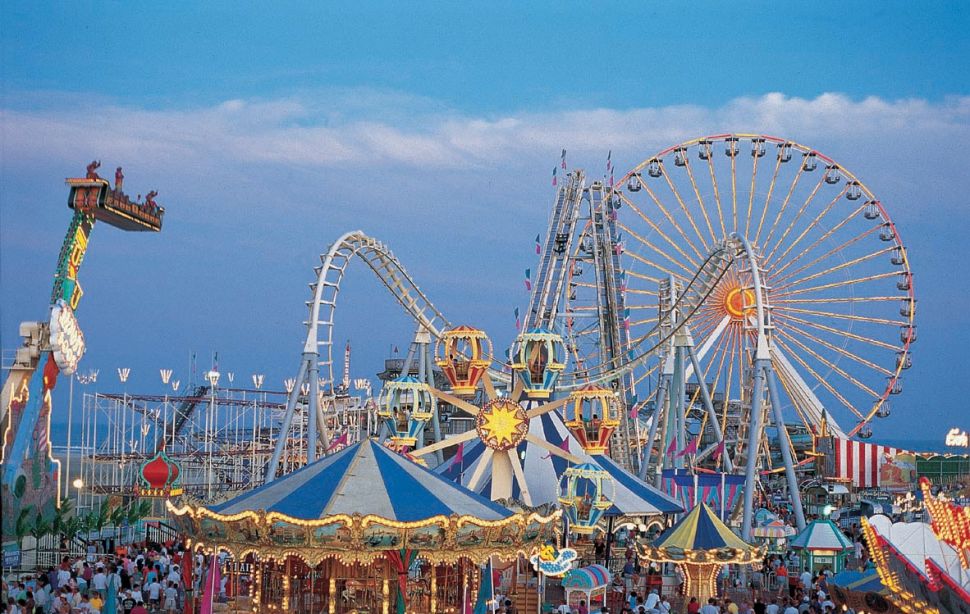