“Gov. Christie was very pleased with himself  yesterday when he talked about making a payment into the pension fund, but the fact is that he has to make that payment. He doesn’t really have a choice,” Greenwald said in a release.

“But let’s be clear what the governor is doing with his offer to make a pension payment this fiscal year – playing games with New Jerseyans to score points with fawning national conservatives.

“Shifting this obligated pension payment to the spring lets the governor claim he’s cutting spending next fiscal year by $778 million. But that’s not the whole story.

“Had he put it in the next budget, state spending would go up next year by $234 million.”

One of the more controversial aspects of the governor’s speech on Tuesday was his linking of pension and health care reform in exchange for pension payments and homestead credits. 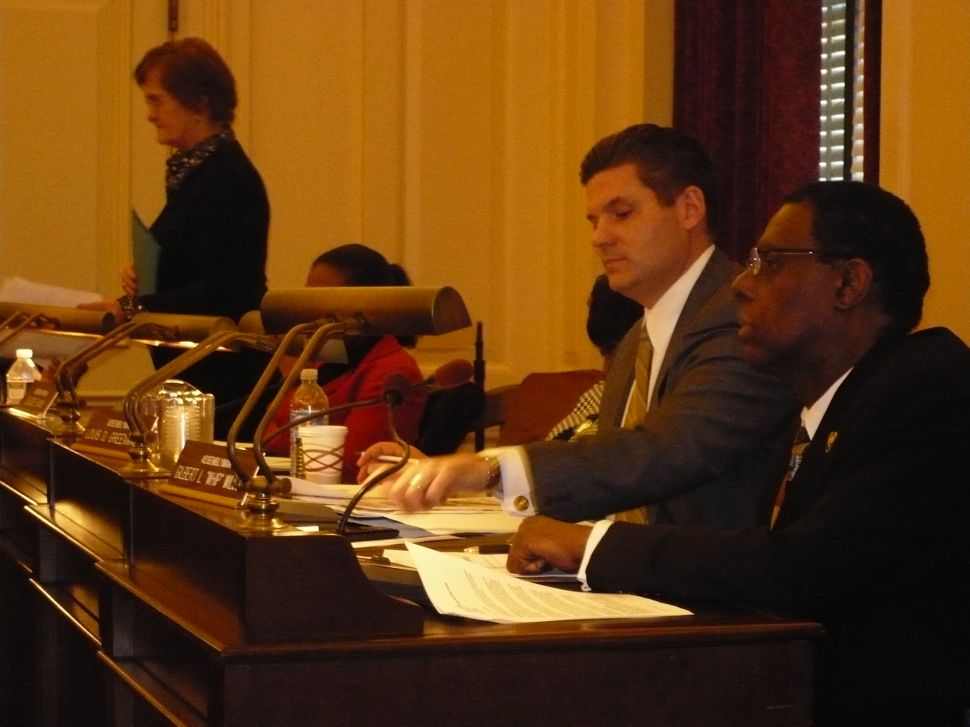