On the outside of this redistricting process and opposed by at least one hawk on the other side of the aisle who occupies a chair at the front of this room, Codey could get badly bruised during this process without friends stepping up and making a case on his behalf.

“It would be a travesty for people in the 27th District to have (representatives) swapped in for Codey,” says Orange Mayor Eldridge Hawkins, who says his town could get gobbled up by larger muncipalities’ concerns and/or reps.

“I don’t want someone who’s not as familiar with or who doesn’t have roots in our community,” says Hawkins, standing by Orange native Codey and Codey’s running mate, Assemblywoman Mila Jasey (D-South Orange).

Many more Codey allies hit the microphone through the evening, including people who have suffered infirmities or illness and who depended on the former gov through the years.

“Pathetic,” boils a Codey political enemy as he/she strides across the carpet in the big room.

Jackson rapidly peels apart the alliance between Gov. Chris Christie and Essex County Democrats and pans it as a power surge disconnected from the people.

She denounces what she reads as a cross-the-aisle effort to boil alive Codey.

“I ain’t willing to put a ‘yes’ man in that seat right now,” Jackson rails.

She buries the ten-member commission as a bunch of puppets with no independence.

Republicans on the commission can’t resist cracking up as they sense an underground ally – just before the seasoned activist blisters them in the same breath.

“You have allowed this governor to come in here and now the the second godfather is giving you an order,” she rages, going after Christie and North Ward Democratic leader Steve Adubato with a two for one. 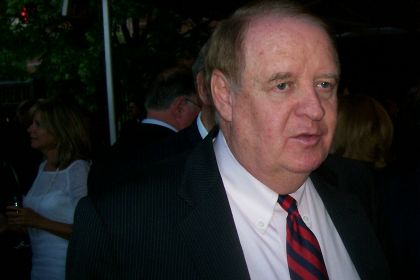