TRENTON – The Statehouse steps were full of guitar-wielding, sign-carrying, pro-union protestors at noon as a pro-labor rally kicked off, with U.S. Rep. Frank Pallone and 14th and 27th District legislators standing behind the podium revving their engines.
As a firefighter, half dressed to battle a blaze with his helmet on, told the crowd, “On 9/11, did people run away?’
“No,” the crowd roared.
“And now you want to … give us sub-standard health care?”
In unison: “Hell no.”

“Wisconsin, New Jersey, the middle class, we will fight forever,” the demonstrators chanted.  “That’s how it happens. There’s a spark and then a blaze and then a movement.”

The various labor leaders kept up similar themes as they spoke. “Chris Christie wants them to think that we’re over-privileged,” one teachers’ advocate said, introducing a colleague on food stamps and another who relies on a pension.
“It’s a lie that he has a rich pension,” the laborer backer said. “It’s a lie to think he didn’t pay for it himself.”

They booed Govs. Scott Walker and Chris Christie for their “attack” on public sector unions.

“We understand the situation New Jersey is in – because you gave those tax cuts to millionaires,” one speaker said, less than tongue in cheek. “We will negotiate (at the table).” 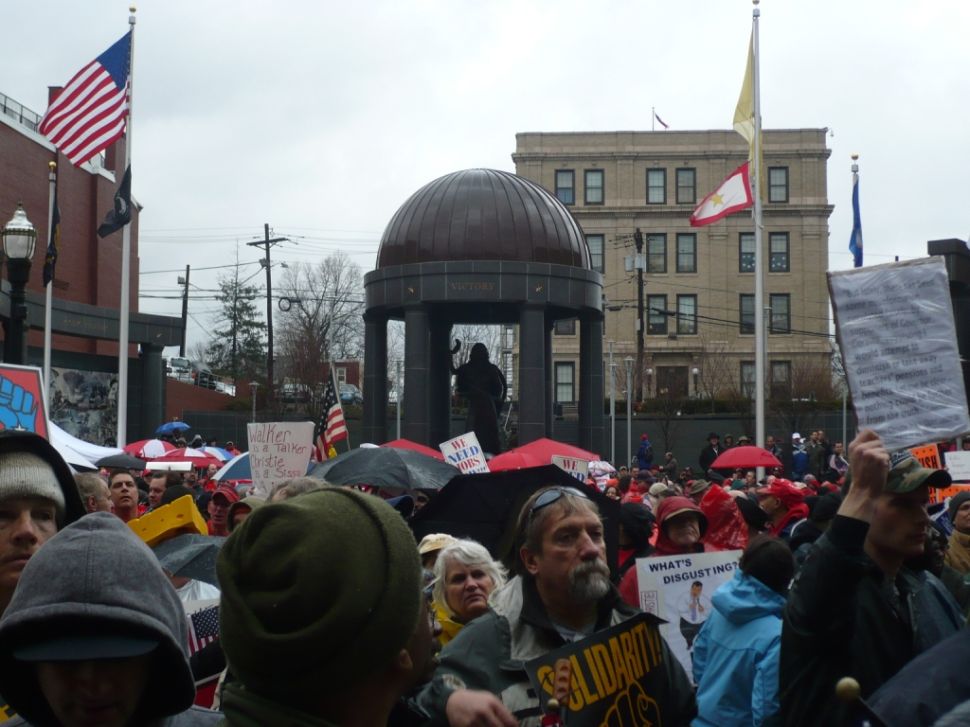