Lautenberg and Menendez urged Amtrak to step in and act.

“Letting our transportation infrastructure remain a rusty relic is not in… the interest of New Jersey,” said Menendez.

The senators said Amtrak is ready to pony up $50 million to study a tunnel into New York’s Penn Station, but the overall cost estimate of the alternative project is $13.5 billion.

Having already axed ARC, Christie has a press conference later today. The Republican governor did not participate in the senators’ discussions Menendez and Lautenberg had with Amtrak to get to this point, they both told reporters here in the Bentley Room of the Hilton.

“If there’s any interest at all, he’ll call us,” Lautenberg said of Christie’s input.

“Next week there is a delegation meeting with the governor,” Menendez said. “That will be a great opportunity to talk this over.”

Reporters quizzed the Democratic senators on how they anticipate this project succeeding when an antagonistic governor yanked the cord on one that would have overall cost less. Both men, and particulalry Menendez – emphasized a national agenda advanced by President Barack Obama, whose transportation vision includes more rail. The hope here is that Menendez and Lautenberg – with a commitment from Amtrak for $50 million – will be able to gell with a federal agenda and thereby quality for a great share of federal funds. They also said they trusted they would be able to get New York involved in this, although there were no New York representatives in the room today.

Lautenberg defiantly laid out the context for his decision to move forward with a tunnel project alternative to the ARC, saying that the governor’s decision “by no means killed our zeal to get something done. …I wasn’t elected to run away from problems. This is Plan B.”

Two Republican state senators issued favorable responses to the plan, even while backhanding Menendez and Lautenberg in the process.

“Lo and behold, good things happen when you stand up for the taxpayers,” said state Sen. Mike Doherty (R-Washington Twp.). “The ARC Tunnel project, was a massively bad deal for New Jersey taxpayers being pushed by spendthrift Democratic politicians for all the wrong reasons: personal legacies, political agendas, and election year posturing. Nothing more perfectly exemplifies the folly of ARC than Senator Menendez’s mind-boggling assertion that a dead-end route to Macy’s basement made sense. I sincerely hope that our U.S. Senators will now convince the Obama Administration to drop their punitive and spiteful request that New Jersey taxpayers refund $271 million to the federal government for a project that was not what we bargained for and never made any sense. The Administration should instead allow New Jersey to apply those funds already spent to any state obligation for the new Gateway Tunnel project.”

“Thanks to Governor Christie, New Jersey will get increased trans-Hudson rail capacity without fleecing the taxpayers,” said state Sen. Minority Leader Tom Kean, Jr. (R-Westfield). “New Jersey residents finally have a Governor who is willing to insist that taxpayer dollars are spent competently. This is a wholesale vindication of the Governor’s decision to end the ARC project a victory for the most highly taxed population in the United States.”

The Sierra Club also applauded the vision of a new tunnel.

“For the last two years when they were trying to go to Macy’s basement we said it did not make sense and to go to Penn Station,” said Sierra Club Executive Director Jeff Tittel. “By having Amtrak take the lead and now the tunnel going to the right place it will save New Jersey money because Amtrak, New York State and MTA will also pay for the project. This will also save the state the $271 million we owe the FTA for the cancelled ARC tunnel because the money can be used for this project. …This is great news to get the right tunnel in the right place. We desperately need another tunnel into Manhattan and this is where it should have gone all along,” 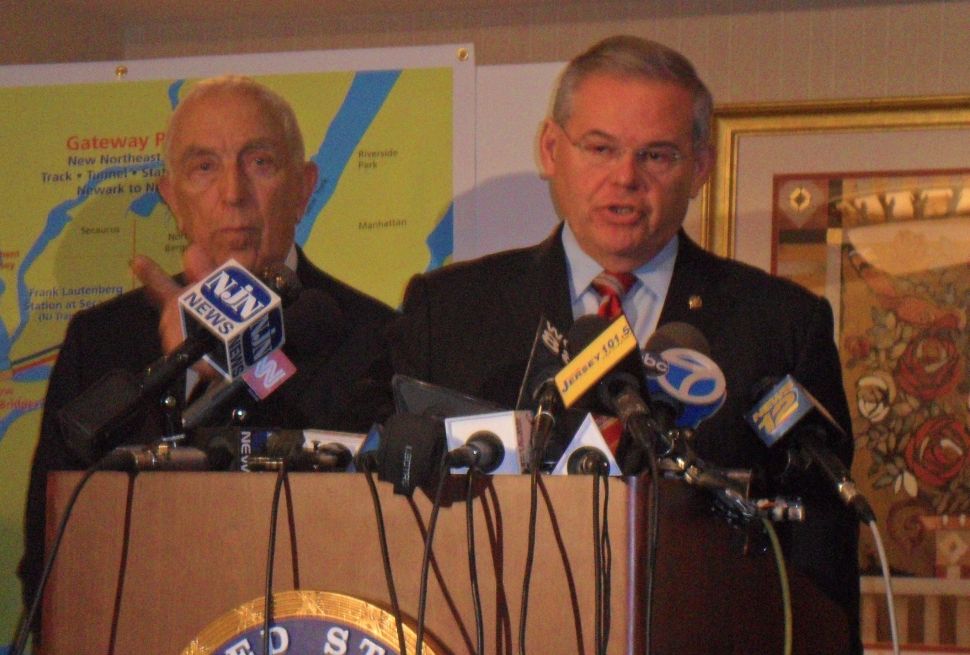