In 2009, former Scotch Plains Mayor Marty Marks came within two percentage points of picking off Assemblyman Jerry Green, (D-22), of Plainfield, and now Marks is watching the state redistricting process to determine whether or not he will again challenge Green and Assemblywoman Linda Stender, (D-22), of Fanwood this year.

“Let’s see how the redistricting shakes out and then we’ll talk,” Marks told PolitickerNJ.com.

What might be inferred from the remark is that Marks would or could run if he received a leg up from redistricting, and a Republican source at the Statehouse yesterday said as much in a conversation with PolitickerNJ.com.

“That neighboring district there – the 21st – is too Republican, I mean, come on – that’s Tom Kean Jr.’s district,” said the source, referring to what is on paper a 39,566 Republican to 37,177 Democrat and 56,715 unaffiliated voter district, but where incumbent Republicans crush their non-opposition every re-election cycle.

Until the map is apparent, in any case, Marks won’t announce his intentions. 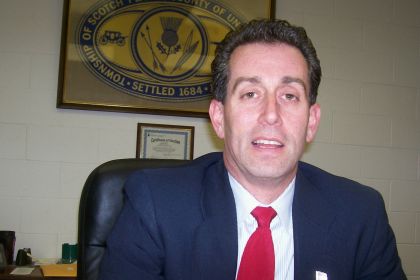