The same poll that states Gov. Christie’s approval rating has increased shows this morning that President Barack Obama’s job approval rating is growing in the Garden State and now stands at 55 – 41 percent, up from 50 – 45 percent in a Dec. 21 Quinnipiac University poll and a negative 50 – 46 percent Nov. 9.

Not surprisingly, Democrats approve 90 – 8 percent of Obama, and independent voters give him a narrow 49 – 45 percent thumbs up, but again, not surprisingly, disapproval is 83 – 15 percent among Republicans.

“A bit of an uptick for Obama.  Black voters approve enthusiastically and he gets a slight negative among white voters,” said Maurice Carroll, head of the Quinnipiac University Polling Institute.  “New Jersey women like the president a lot more than men.”

New Jersey voters are feeling better about their two U.S. senators, as well:

“New Jerseyans don’t think much of their State Legislature and they don’t know much about their legislative leaders,” Carroll said.

From Feb. 3 – 7, Quinnipiac University surveyed 1,347 registered voters with a margin of error of plus or minus 2.7 percentage points.  Live interviewers called land lines and cell phones. 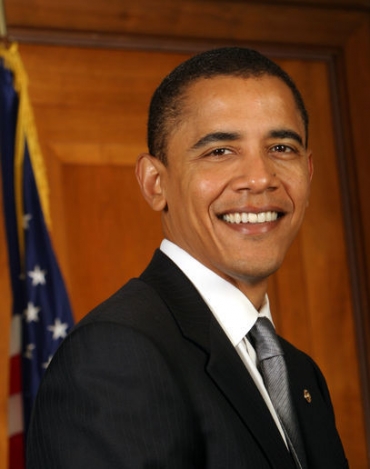