It’s hard to navigate the streets of Trenton without running into a picture of a familiar-looking face on the front page of one or the other or both of the city’s newspapers along with a headline asserting yet one more piece of political misery for Mayor Tony Mack.

The Trentonian today printed a story breaking down sources who say Mack is the subject of a probe in connection with pay-to-play violations, specifically involving donations to his campaign made by Atlantic City law firm Cooper Levenson, which briefly had a $50,000 city contract before bowing out amid a scourge of headlines.

With the probe story fresh on the streets and buzz rampant in the city, Mack kept it brief in a telephone interview today.

“My focus is on running the City of Trenton and getting us out of a $55 million deficit,” the embattled mayor told PolitickerNJ.com when asked if he’s the subject of a probe. “I’m working on building a better Trenton. That’s my quote.”

He’s out of town, in Washington, D.C. – again. Behind an outflow of press releases celebrating Dr. Martin Luther King, Jr. one day, Black History Month the next, sources say the administration is in crisis.

News is hard to process. Any news.

“I didn’t hear it yet but that’s good news,” said Mack, when told of U.S. Sen. Bob Menendez’s (D-Hoboken) efforts to secure $1.2 million for driver safety in the city, which the senator hightlighted via Twitter.

Has Mack been approached by the FBI? Subpoeaned in connection with the case described in both the Trentonian and The Times of Trenton?

“Campaign season is over,” said the mayor. “I am working on building a better Trenton.” 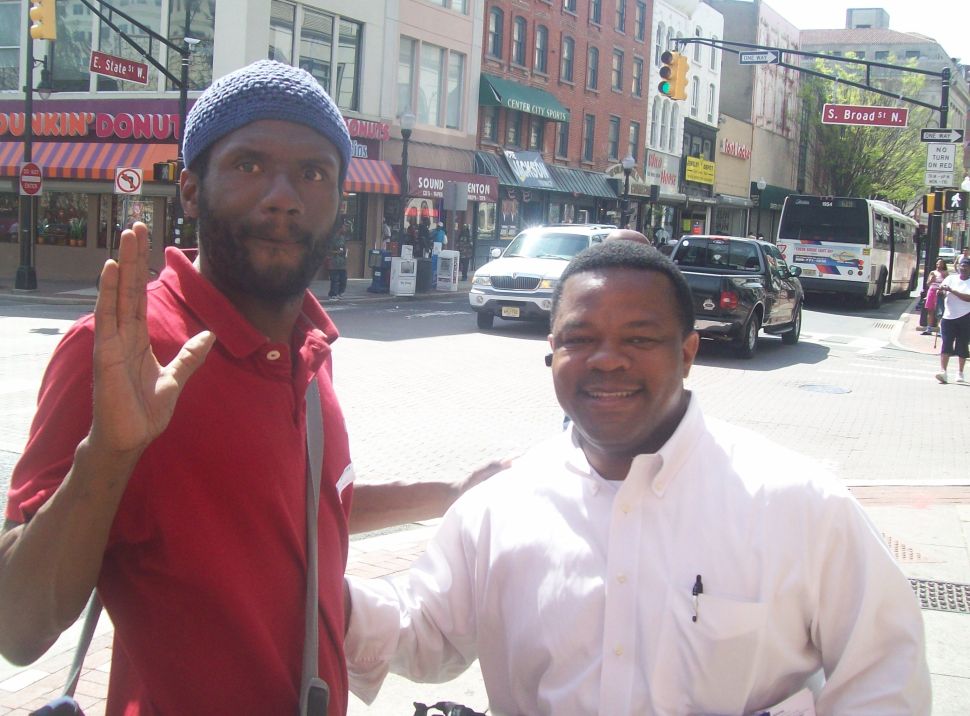