The Assembly quickly dispatched of an agglomeration of bills today, including a pack of bills forwarding electric cars.

While the electric car votes were not unanimous, the entire chamber unanimously approved A2592, Sara’s Law, which requires the Motor Vehicle Commission to establish a next-of-kin program.

Assemblyman John Wisniewski (D-19), of Sayreville, stood to speak on the measure with Betty and Vic, parents of the bill’s namesake, in the room.

“Sara had been in a car accident and it turned out it was a fatal car accident,” he said. “Sara was in a hospital emergency room clinging to life. No one knew to call Betty. When Betty got there, it was too late.”

The vote was 75-0 in favor, and the bill will now go before Gov. Chris Christie before becoming law.

A3766, the Market Competition and Consumer Choice Act, addresses “archaic micromanagement” regulation for cable TV companies, as sponsor Assemblyman Jon Bramnick (R-21), of Westfield, put it today. He is joined by Majority Leader Joe Cryan (D-20), of Union, on the bipartisan bill.

Bramnick said the aggressive deregs would “sent a message to businesses around the country” that New Jersey is making it easier for companies to do business, not harder.

“We are available for new entrepreneurs,” he said.

The bill, which particularly benefits Verizon, passed 66-7-4. Sources said the Senate version is being amended because of the concerns of Verizon’s labor union, although the amendment is considered more of a tweaking than an overhaul.

The first, A3707, establishes standards for disqualification of unemployment compensation for misconduct. Sponsored by Assemblyman Patrick Diegnan (D-18), of South Plainfield, the bill squeaked through, 44-32.

The second bill, A3359, prohibits job vacancy ads from excluding unemployed individuals. Assemblyman Peter Barnes (D-18), of Edison, is the sponsor, and the bill passed the lower chamber in October, 58-18-2, and the upper chamber in November, 29-6, but was conditionally vetoed by the governor in January.

Christie said in his veto, “I believe that the bill, as currently drafted, is vague and confusing. Accordingly, I am concerned that the bill will subject the State’s already beleaguered business community to significant fines, penalties and unwarranted litigation without requiring a finding of knowing and purposeful conduct on the part of the employer.”

The governor stipulated several other objections, and the Assembly concurred with his conditions today, 72-5.

A couple of schools bills were affirmed, as well.

A2772 requires that any savings from union wage or benefit concessions must be used by the school district to offset any reduction in force initiated for economic reasons.

A444 requires member of Boards of Education to undergo criminal history background investigations, and allows disqualification for board seats for conviction of certain crimes.

The proposed law also applies to the Boards of Trustees of charter schools, and was given final approval by the lower chamber today, heading next for Christie’s desk.

A1705 revises various off-track wagering provisions of the Off-Track and Account Wagering Act, and it passed 77-0.

A3511 decreases annual standardbred race dates to a minimum of 75 upon consent from the Standardbred Breeders and Owners Association. It also bumped the horsemen’s purse take to 5 percent maximum. It passed 75-0.

A3710 provides the N.J. Sports & Exposition Authority with the power to jointly run racetrack operations. It also passed, 75-0.

The last horse-related bill was A2513, which permits advance wagers to be placed at racetracks or casino simulcasting facilities for races not simulcast at that facility, but simulcast at other facilities in the state. It passed, 76-0.

Among the other bills passed today, A3058 revises tax structures to comply with the Streamlined Sales and Use Tax Agreement. Sponsored by Assemblyman Lou Greenwald (D-6), of Voorhees, the bill passed the Senate, 39-0, in January and aced the Assembly today, 76-0.

Another Greenwald bill, A2786, permits local units to participate in cooperative purchasing agreements.

No matching Senate bill exists, but Greenwald believes the flexibility will increase the purchasing options of local units and decrease costs. It passed, 73-1, with only Minority Leader Alex DeCroce (R-26), of Parsippany, opposing it.

The chamber passed A1851, the Historic Property Reinvestment Act, which provides tax credits for some of the costs of rehabilitating historic properties, with a 61-10-6 vote.

A763 establishes a program authorizing the leasing of historic buildings and structures in state parks, forests, and wildlife management areas, and was approved, 77-0.

The Assembly declared A2545 an emergency before unanimously approving the measure, which changes the date for mail-in ballots transmission from the 40th to the 45th day before an election, with certain exceptions. It also permits a referendum on school levy caps and municipal levy caps to occur on the same day.

A2615, which requires appointments for safety-related recalls on vehicles to be scheduled on a first-come, first-served basis, passed the chamber, 44-32.

A2670, the Reinsurance and Surplus Lines Stimulus and Enhancement Act, which provides incentives for surplus lines insurers and re-insurers, passed 75-0.

A3053 establishes a conditional intervention program in municipal court for certain first-time offenders, sponsored by Assemblyman Reed Gusciora (D-15), of Princeton. It passed, 61-15-1, with some conservative members of the Assembly casting nays.

Sponsored by Assemblyman Craig Coughlin (D-19), of Woodbridge, A3094 permits the Department of Transportation to contract with a county or municipality for certain work on highways to prevent public hazards. Passed 77-0, it will now go before Christie.

A3769 requires the Department of Environmental Protection to conduct an analysis of the Pollution Prevention Act, and it passed, 77-0.

Although no Senate version exists, A3468, which extends protections of the Lemon Law to vehicle farm equipment purchased or leased in New Jersey, was approved, 76-0.

Finally, A3320, which requires skiers under 18 to wear a helmet, passed 71-6. It also allows for the child’s parent or guardian to be fined up to $25 for a first offense and a maximum of $100 for subsequent offenses. 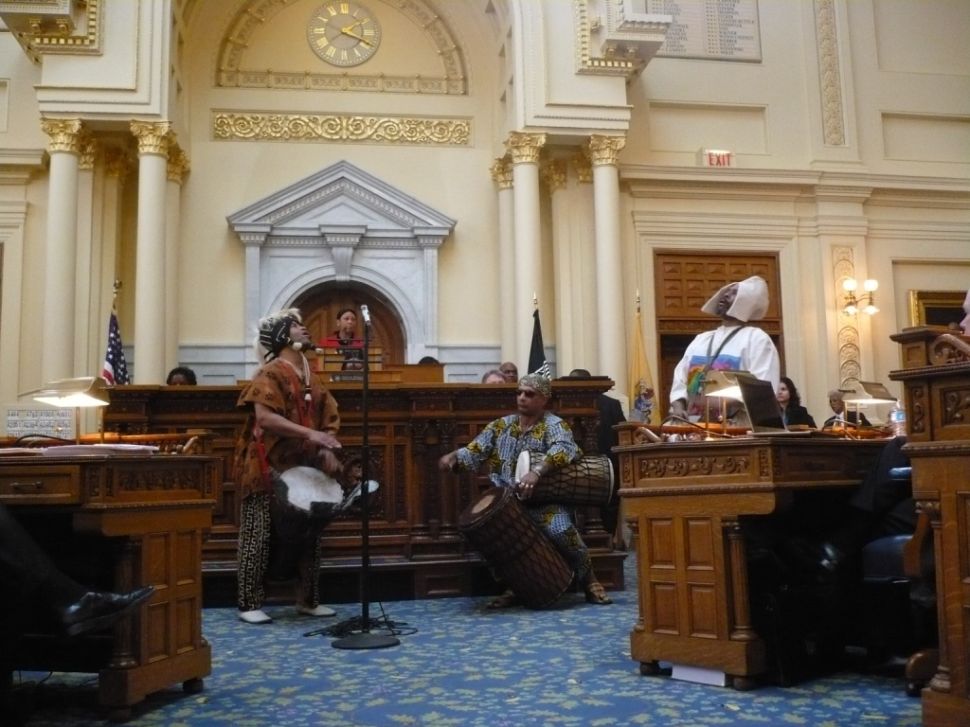