Rice talked to Gov. Chris Christie Chief of Staff Richard Bagger about Cerf appearing before Rice’s Joint Committee on the Public Schools. Bagger didn’t agree that Cerf should have to appear before the committee co-chaired by Rice. Senate Executive Director Andrew Hendry told Rice Cerf would appear before the Senate Judiciary Committee first.

But “If I sign off on him now, he’ll never come before the committee,” said the Newark senator. “I made it very clear I won’t sign off until he comes before our committee. I don’t think that’s a problem.”

Rice is the only Essex senator now actively blocking Cerf, who lives in Montclair, sources say.

“I met with Cerf a month or so ago and told him eventually I may sign off on you but you need to understand that Mayor Cory Booker does not run the school system,” Rice recalled. “I’m not about privatization or charter schools, you may have to carry the governor’s water, but you have to come before the committee so we can hear your views. He said he would be happy to do that.”

The Star-Ledger this week reported that Newark Mayor Cory Booker recommended that Cerf’s former company, Global Education Advisors, receive a $500,000 grant from a California foundation to complete a study that could require relocating some Newark public school children into charter schools.

Members of the local schools advisory board felt blind-sided by the news, sparking political entanglements at the city level one month in front of a school board election. Rice said news of the relationship Cerf had with the mayor reported by the Star-Ledger contrasted with Rice’s conversations with the acting education director.

“He lied to me,” said Rice, reflecting on what he said was Cerf’s assertion in their conversation that he did not know Booker well, according to the senator.

Others are hopeful about the acting commissioner’s future.

“I would like to see Commissioner Cerf appointed but given some issues I fully understand the frustration that’s going on,” said Assemblyman Albert Coutinho (D-Newark). “When a principal reads in the newspaper that her school is being closed, there’s a problem with that. When an advisory board member reads it in the newspaper, there’s a problem with that. Even if it’s advisory, these people were elected. The governor and the mayor can’t do school reform by themselves. Christopher Cerf brings a lot to the table, but I think it’s imperative that the governor and mayor take steps to open up the process in Newark. The real issue is let’s get to the business of actually reforming Newark public schools. From my early discussions with Mr. Cerf I believe he can be a positive contributor to that. I hope he does not become the victim of incendiary rhetoric.”

State Sen. Joseph Kyrillos (R-Middletown) said based on what he has read in newspaper accounts, Cerf’s nomination is secure.

“I think it is 100% a non-issue,” Kyrillos said. “It’s so much a non-issue I can’t even believe it. He made no money on it. Even if he had made income on it as a consultant, that’s what he does. He is an education executive/operative. He was the number two person in New York City and he left that job. What do we think he’s going to do? He’s an expert.” 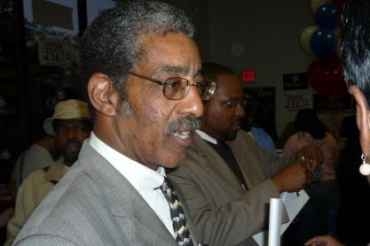