A decision may be issued this afternoon regarding an ethics complaint filed against Assemblyman Scott Rumana last year.

The Joint Legislative Committee on Ethical Standards will meet at 1 p.m. to deal with a complaint brought by William Brennan, former council candidate in Wayne.

The complaint concerns Rumana, former mayor of Wayne, who has been working for years to bring a renewable energy and cogeneration plant to the township to power public buildings.

But the ambitious plan has run into several roadblocks over the years, including a lack of financing, a denial by the state Board of Public Utilities – which accused the assemblyman of a conflict of interest regarding his role as mayor and the chairman of Wayne Energy Corp., a 501 (C) (4) formed to negotiate the terms of the plant – and the ethics complaint. 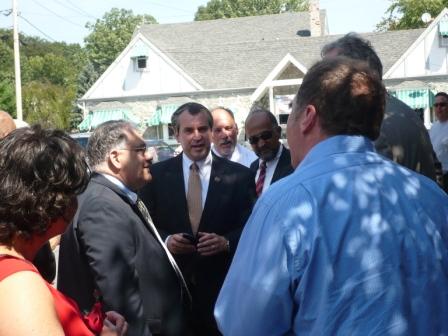