Gov. Chris Christie Tuesday tied his Homestead tax credit to his long-sought health benefits reform package, telling legislators they can’t have one without the other.

Christie’s proposal, outlined by the governor last September, eventually would require state employees to pay as much as 30 percent of the cost of their health benefits, up from the average 8 percent they pay now.  In addition, the cost would be based on a percentage of the premium, rather than as a percentage of their salary as is the case now.

The measure would reportedly save the state $323 million, money that would be used to fund the additional $189 billion in tax credits in the coming fiscal year.

The additional $134 million is part of the proposed budget and absent Christie’s reform would mean more cuts to the $29.4 billion spending plan, but it’s unclear where the money would come from.

To date, no legislation has been submitted that would achieve the needed reforms.  A spokesman for the senate Republicans said a bill is making its way through the process but has not yet been introduced.

A competing bill introduced by state Sen. Steve Sweeney (D-3) of West Deptford would achieve some of the same goals, but would require a lesser contribution from state employees.

But Sweeney’s bill would achieve only a portion of the savings necessary for the tax credits.  A spokesman for the Senate president said the bill would save the state $300 million over seven years as the new plan is phased in.  That bill has received tepid support so far, so it’s unclear how a bill that raises employee contributions by nearly 400 percent would fair in the legislature, particularly in an election year.

“The numbers they (Christie’s administration) are using sound extremely aggressive,” said state Sen. Paul Sarlo, (D-36), of Wood-Ridge, the Senate budget committee chairman.    “I think the number was purely to plug the budget. I don’t think there is any data to support it and if there is we’d like to see it and review it during the next four months.” 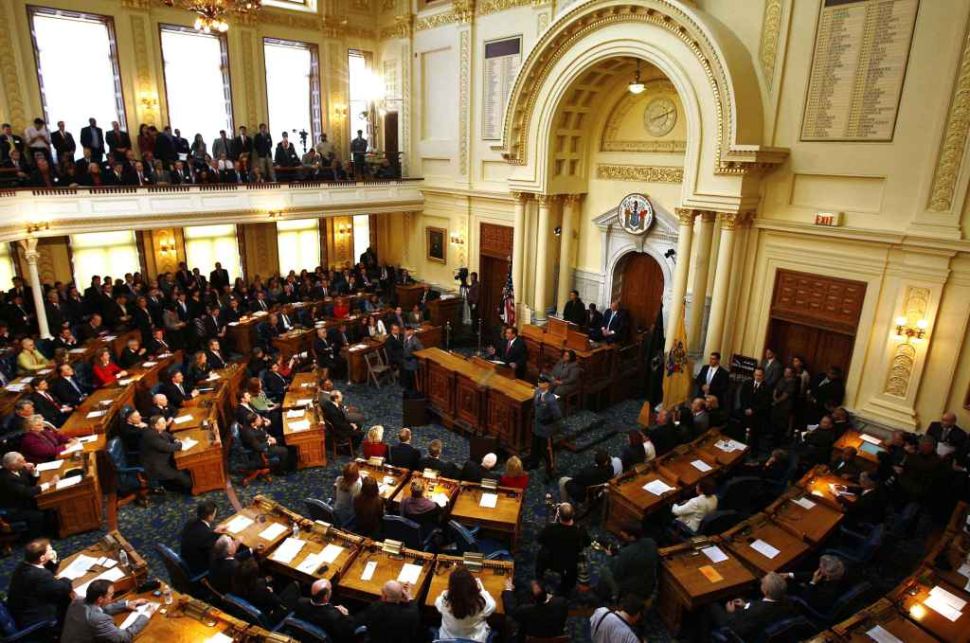