Fundraising members of the group formerly known as The Group and at least two members of the Democratic National Committee huddled up Wednesday night to strategize for the 2012 presidential campaign, intent on cabinet member events and maybe pulling in the Prez himself to raise between $7 million and $10 million in the Garden State prior to Election Day.

However endearing its post-industrial wasteland charms are to natives and residents, New Jersey remains mostly an oversized cash cow to Democratic Party bigwigs looking to arm up for a national election.

At the head of the table Wednesday night at his East Rutherford office sat Michael Kempner, the CEO of MWW, who by all accounts will be the quarterback of Democratic Party efforts to raise money for President Barack Obama’s re-election. Joining Kempner were former Gov. Jim Florio, Democratic State Chairman John Wisniewski, attorney Philip Sellinger, Somerset County Democratic Chairman Peg Schaffer, fundraiser Zenon Christodoulou and others.

These are some of the surviving fragments of the same operation that raised $6 million for John Kerry back in 2004. At that time, Democratic Party fundraising animal John Graham was the point man.

Sources say an aggresive and focused Kempner has hired three full-time fundraisers for the effort. If they hold to their plan, prior to July, the outfit will have scheduled at least one fundraising event with either a cabinet member or maybe even Obama – who last year appeared at Kempner’s house – or Vice President Joe Biden.

“The President is going to be up for re-election and we can anticipate an announcement in the next couple of months,” Wisniewski told PolitickerNJ.com. “You can expect to see fundraising for the 2012 election that will be as aggressive as it was in 2008.”

Wisniewski pointed out, too, that Obama will heavily complement his efforts with nontraditional Internet fundraising.

Again, expect to see Kempner at the forefront of the traditional events.

Following the Democratic Primary, the powerhouse buisnessman became a leading member of the Obama campaign’s National Finance Committee and committed to playing what he described then as a “significant fund-raising role for (Obama’s) campaign both here in New Jersey and across the country.”

“Michael does an outstanding job of raising money,” Wisniewski said.

The band of Democrats met while Republicans partied on the other side of the river at state Sen. Kevin O’Toole’s (R-Cedar Grove) hometown fundraiser anchored by Gov. Chris Christie. 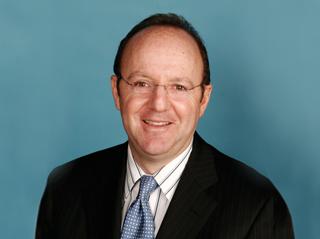