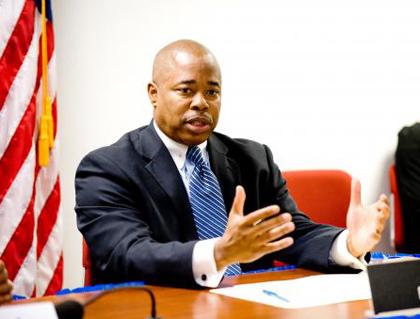 Brooklyn Senator Eric Adams told parents Monday they have a "duty and an obligation" to keep tabs on their kids. He went on to say they have "no First Amendment rights" while they live at home and in a YouTube video, shows parents how to search their children's rooms for guns, drugs and drug paraphernalia. The video is part of a multimedia campaign to combat gun violence and was shot at Adam's own home. In the video, the former cop tells parents to look for any small but telltale signs that seem suspicious. “It’s imperative that you should know what’s inside your household, and no one can state that you can’t search a room in your own home. You write the Constitution. There are no First Amendment rights inside your household. It is your obligation and responsibility not only to protect the child that may be using an illegal drug or carrying an illegal gun, but you also have to protect the members of the household.” 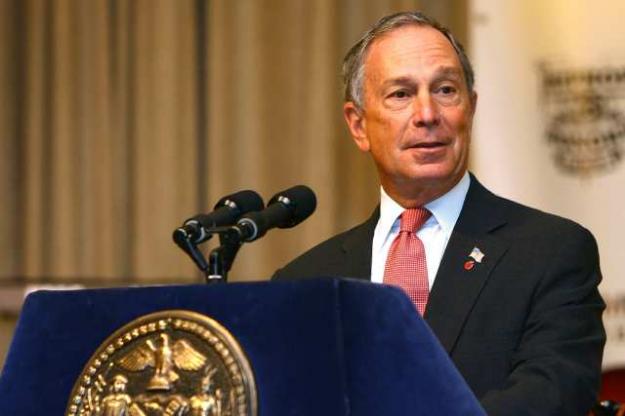 Mayor Michael Bloomberg started the week by unveiling several videos shot during an undercover investigation at an Arizona gun show that depict a pistol being legally purchased with no background check. The Glock pistol with a 33-round extended magazine is the same weapon used in the Tucson tragedy. Bloomberg said the videos reveal a "dangerous gap in our existing federal gun laws." "Congress should act now, but gun show operators shouldn't wait. They can do the right thing today by making sure that every gun sale at their shows is subject to a background check. Four of the seven gun shows we investigated in 2009 have agreed to make that reform, and there is no doubt it will save lives.” 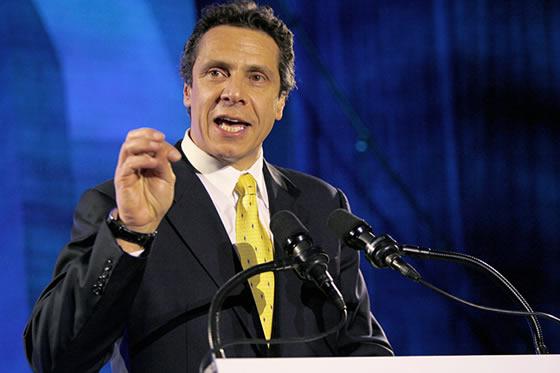 On Tuesday Governor Andrew Cuomo released the details of his budget, displeasing many, including Mayor Bloomberg. Cuomo's budget includes $1.4 billion worth of cuts to state operations. The governor proposed a 10 percent year-to-year General Fund reduction for all state agency operations, and a 5.4 percent overall reduction in State Operating Funds. According to the budget briefing book, the governor will “seek a partnership with state employee unions to reduce workforce costs" Mayor Bloomberg reacted to Cuomo's budget saying, "the residents of our five counties pay a disproportionate amount of state taxes, and they deserver the same level of support." The mayor also said he was disappointed that Cuomo's budget did not include mandate relief, specifically in regard to pension reform. “We can’t only look at one side of the equation,” Bloomberg said. “We need relief from unfunded state mandates, as well as changes in state law that would allow us to save money, particularly where we can find ways to save money that would not cost the state a dime.” 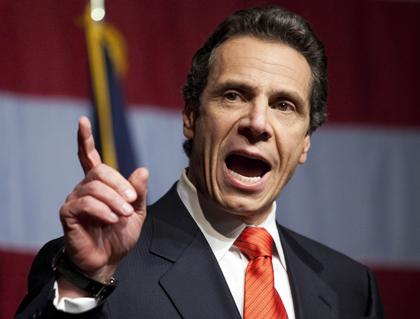 Governor Andrew Cuomo took to YouTube on Wednesday for a "video message to the people." In the five-minute video, he made it clear that he will not buckle before the special interests. "In the past, the attacks by the special interests and the lobbyists forced the governor to back down and give in. Know this: I will not be intimidated. This is why you elected me and I will get it done," Cuomo said. "But I need your help to do it. The real power of the governor comes when the people of the state stand with him. Democracy only works when the voice of the people rings strong and rings true. I need you to make your voice heard now." He defended cuts in funding for schools, SUNY, Medicaid and local government, saying there is "plenty of waste and plenty of duplication all throughout government. That's what needs to be elliminated."
Advertisement 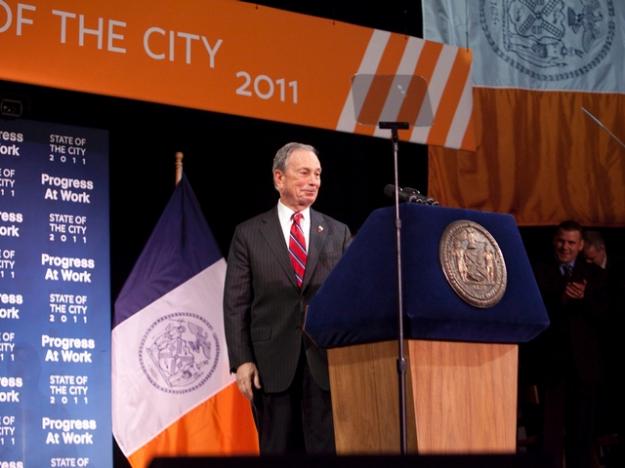 On Thursday, Mayor Michael Bloomberg proposed to make extensive changes to New York's pension system. Seeking to save billions of dollars by changing long-established rules, Bloomberg is centering in on retirement rules that have long been left untouched by municipal unions and their political allies. The plan would require most new municipal workers to work at least 10 years to qualify for a pension and would block them from receiving pension checks until age 65. The plan would also forbid new employees to benefit from adding hours of overtime at the end of their careers. The practice helps to significantly enhance employees' final year's pay and their pensions. “This reflects the dire fiscal circumstances the city faces, the devastating impact of increasing pension costs and the desperate need for aggressive reforms,” said Marc La Vorgna, a mayoral spokesman. Bloomberg's package could potentionally save the city at least $200 million a year. The question is if the package will be approved by the Legislature and the governor. Governor Andrew Cuomo and Senate majority leader Dean Skelos are likely to back the new plan, but Assembly Speaker Sheldon Silver may not be as apt to sign on. 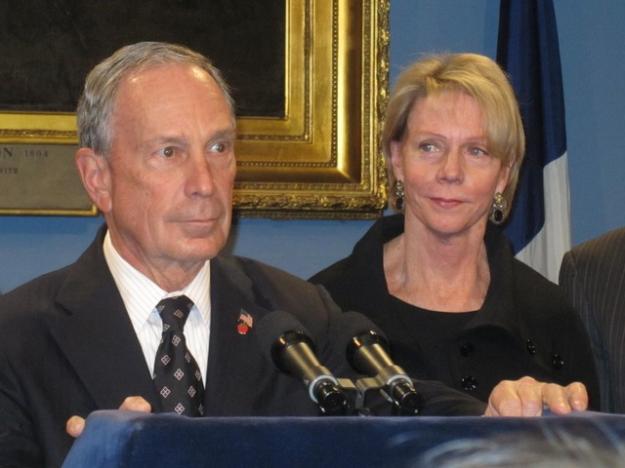 Mayor Michael Bloomberg ended the week on a high note. On Friday, the final YNN/Marist poll found that Bloomberg's approval rating is on the road to recovery. In the wake of the city's response to the Christmas weekend blizzard, the mayor's numbers had been suffering, but according to the most recent poll, 44 percent of New York City voters approve of the job Bloomberg is doing, compared to 37 percent in earlier January. "Mayor Bloomberg still lacks majority support, but seems to be weathering the storm,” said Marist pollster Lee Miringoff. This is the first time since October 2009 that most New Yorkers think the city is back on track. However, those polled were not as optimistic about Bloomberg's pick for NYC schools chancellor Cathie Black. The numbers on Black varied. Twenty-one percent of those polled thought she is doing an excellent or good job, 35 percent thought she is doing "fair" and 19 percent said she is doing poorly. Twenty-six percent had not heard of her or were unsure of her performance. 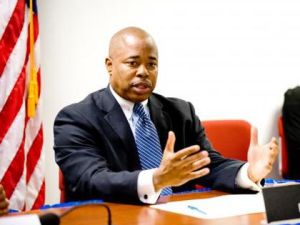 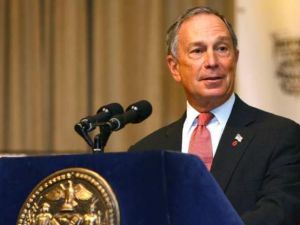 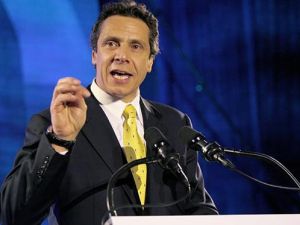 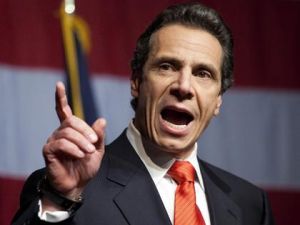 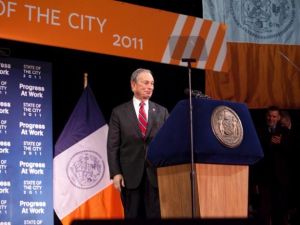 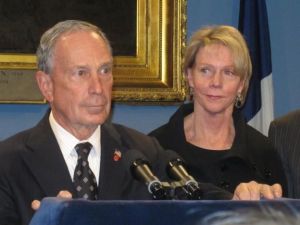