They may prove to be pointless after redistricting realigns the state map or KO victims of primaries depending on how ginned up grassroots operations are this year, but three potential general election contests have emerged early as Republicans crave Senate control.

With one eye on the redistricting process and another on Democratic Party targets, GOP challengers with government establishment ties have stepped up and indicated a desire to run in the 1st, 2nd and 14th Districts, all three of which were battlegrounds four years ago.

Having ridden a GOP Primary surge of Tea Party angst into his post, Donohue sizes up the opposition as a career politician out of synch with the district. But sources in both parties already say it will be hard for DeWeese, a former prosecutor and public defender, whose wife is an assistant prosecutor, to fit the bill as an anti-government icon against Van Drew. The senator last Thursday calmly parried initial GOP efforts to brand him with the career tag by pointing out that he’s a dentist by profession.

The sitting senator has also supported Gov. Chris Christie at key junctures, including most notably last year when he voted for the governor’s budget.

Donohue disagrees that Democrats would be able to brand DeWeese as solely a creature of government.

“I think it’s different with judges,” the chairman told PolitickerNJ.com.

In the 2nd District (as currently constituted: 38,841 registered Democrats, 31,762 registered Republicans, 50,072 unaffiliated voters), Assemblyman Vince Polistina (R-Egg Harbor Twp.) has the backing of the Republican establishment in his bid to take on state Sen. Jim Whelan (D-Atlantic City). But he also claims the support of Atlantic City Mayor Lorenzo Langford, a Democrat who once beat Whelan.

When Sonny McCullough tried to defend the 2nd District seat for the GOP in 2007, he did so with a chunk already taken out of him as the McCullough faction and the fading forces of state Sen. William Gormley, who quietly backed Whelan, warred with each other. Polistina’s allies want to reverse those players this time and let the not-so-quiet Langford and Whelan battle each other within the Democratic Party while Polistina solidifies Republican control.

One camp of Republicans sees trouble for Whelan, who starts the race with a fractured base and an especially fervent detractor commanding the mayor’s chair in Atlantic City. But Democrats already savor the potential for Polistina’s alliance with Langford to backfire and drive the supporters of Atlantic City’s gaming district – including labor and Republicans – more strongly toward Whelan’s side. Moreover, while Langford did not hold office during the 2007 general election cycle, Whelan had his own troubles, including the sudden evaporation from office of his would-be ally Mayor Robert Levy amid scandal, and the reanimation of the anti-Whelan Callaway forces within the Democratic Party. Whelan still won the election, beating McCullough by 8,000 votes.

As for Polistina’s public engineering contracts, “They tried to run against me with that four years ago,” he said, and it didn’t work.

The last District with a declared Republican candidate is the 14th (as currently constituted: 45,876 Democrats, 23,391 Republicans, 60,039 unaffiliateds), where businessman Wayne Wittman, a PSE&G researcher and former mayor of Cranbury, is positioning himself as the Republican alternative to state Sen. Linda Greenstein (D-Plainsboro). Wittman had a meet-and-greet the week before last, and campaigned door-to-door over the weekend. So far, he is the lone Republican to have declared his candidacy.

Experts point out that, however, that, as usual, the 14th District is volatile. As part of redistricting efforts, the GOP will either try to weaken the Middlesex-based Greenstein, or remove her from the Mercer County portion of the district as they try to go for control of Hamilton, the largest town in the 14th. If the reinvented district tilts full control to Mercer, Wittman, in challenging Greenstein, would not have to worry about not being from the power base of Hamilton, where Republicans have mined their last three senators. But any way the district finally breaks, he still has the built-in political challenge of being from a small town.

Whether DeWeese in the 1st, Polistina in the 2nd or Wittman in the 14th end up concretizing the nomination in each district, their early efforts demonstrate GOP attentiveness to three prospective battleground districts.

A fourth prospective candidate, Assemblyman Domenick DiCicco (R-Franklin Twp.) in the 4th District, said he is not yet ready to say whether or not he intends to challenge incumbent Democratic state Sen. Fred Madden -“not even close,” he told PolitickerNJ.com last week, although he told this website he’s seriously considering it, and Republican power sources widely acknowledge that DiCicco will be the candidate.

And former Assembly Majority Leader Paul DiGaetano of Nutley had at least one poorly attended fundraiser late last year as he attempts to gain GOP support for a 36th District challenge of state Sen Paul Sarlo (D-Wood-Ridge), where the district is still too volatile during redistricting to ascertain DiGaetano’s shot. 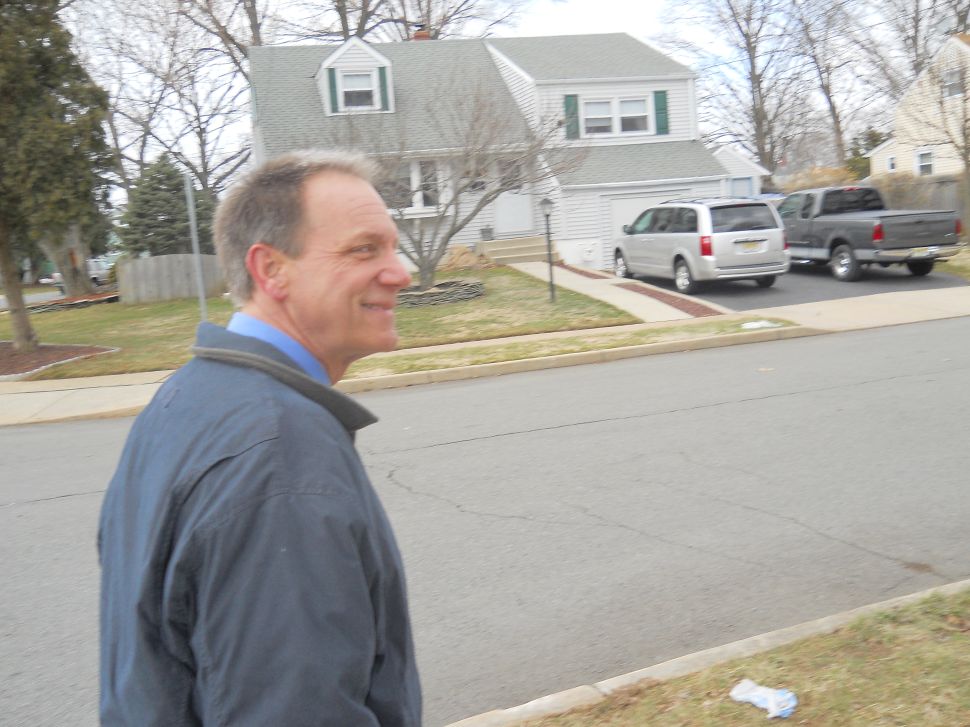