“Nothing less than the middle class is at stake right now,” Trumka told the crowd of nearly 2,000, by some estimates. “Good jobs, that’s
what this is all about.”

He accused the GOP governors of ignoring the unions in favor of “CEOs who bankrolled their campaigns.”

“They were elected to work for the people,” he said, “not against the people.”

Trumka reiterated the defining argument of the workers, “Do the responsible thing: sit down and negotiate.”

“It’s not about the money,” he said. “It’s about the power. It’s about breaking workers and their unions. It’s about getting in the way
of CEO bonuses.”

He blamed the “negligent” underfunding of the pension plan for 15 years as the cause of the problem. “They fight the hardest for the millionaires and billionaires,” Trumka said, “rewarding CEOs who outsource good jobs.” 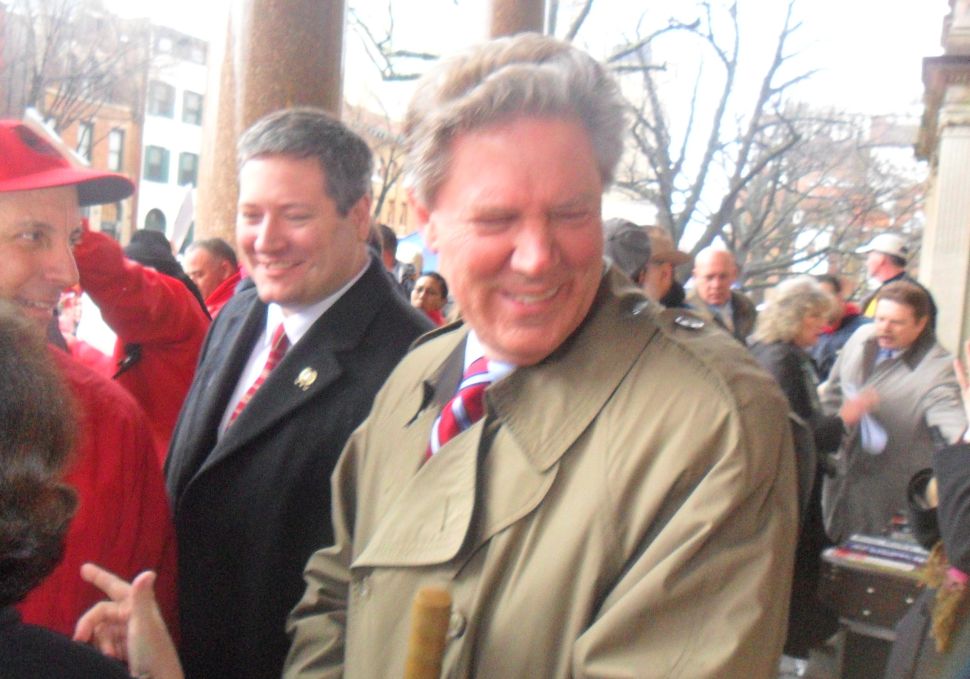