Grifa stressed, however, that pension reform, civil service reform and requiring employees to pay a share of their health care costs are critical items in the governor’s so-called “took kit” of reforms that still must be addressed.

“We have to find a way to stabilize those numbers,” Grifa told an assembly of mayors and others.

She also informed them that due to budget cuts, her office no longer can afford to conduct studies into shared services. She urged local leaders to find creative ways to save taxpayers’ money.

At DEP, which has seen its work force reduced from 4,000 to 2,800, Martin said he wants all permits put online and wants the application process handled electronically.

“We have to use technology to drive productivity,” he said. 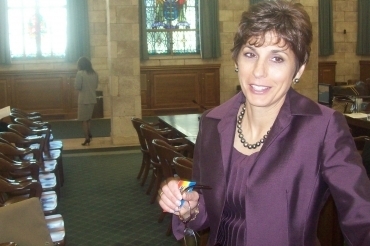