The politically shrewd Essex County Republican demonstrated his value – both as a confidante to Gov. Chris Christie and as his own savvy statewide brand – when his election year fundraiser on Wednesday night coalesed 750 people in the little suburb of Cedar Grove.

The Senate Transportation Committee chairman successfully powered through a bill rolling back toll hikes on the Garden State Parkway and New Jersey Turnpike now that the Access to the Region’s Core (ARC) tunnel project is done.

The shaken party fielded yet another jarring blow this week as the county surrogate and county clerk both decided they had taken enough of a clubbing on the losing team and changed their affiliations to Republican in a re-election year. About all that Burlington Dems had to celebrate in recent months was the planting of a plaque in front of the house of former Gov. Richard J. Hughes in Florence.

The agony continues for the embattled state Supreme Court Justice this week as the state Senate passed a 21-3 resolution calling for his resignation if the Assembly does not proceed with an impeachment hearing.

Gov. Chris Christie wants government employees to pay 30 percent of their health insurance premiums. The Democrats’ response? Senate President Steve Sweeney wants a graduated plan that would require higher and higher contributions with each passing year. Either way, public workers would have to pay more.

It just gets worse and worse for the mayor of Trenton. This week, The Trentonian reported that Mack is the subject of an FBI probe concerning the campaign contributions of the Atlantic City law firm Cooper Levenson, which subsequently – briefly – received a city contract. 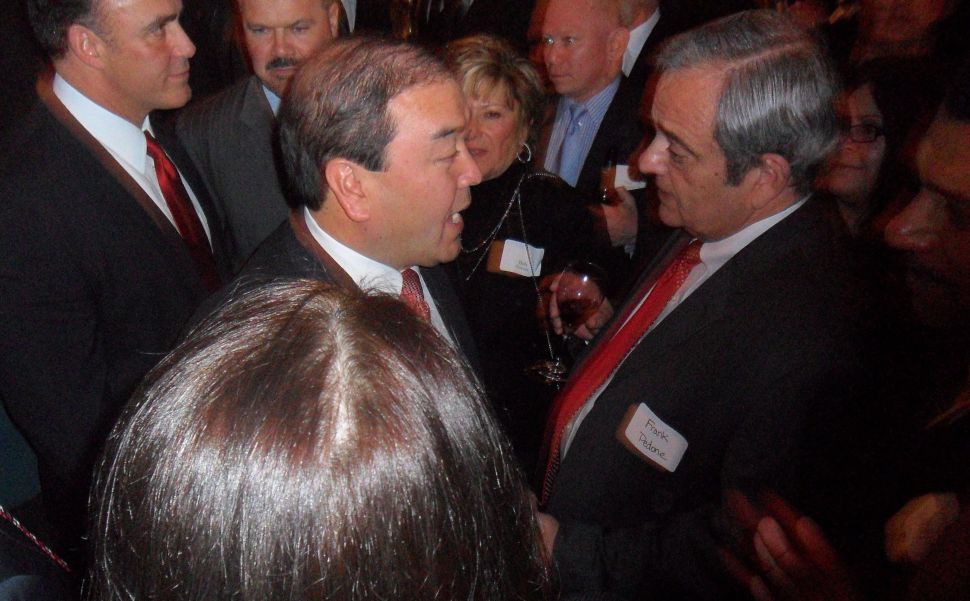