TRENTON – Assemblyman John Wisniewski, (D-19), of Sayreville, Tuesday urged colleagues to listen closely to Gov. Chris Christie’s speech to determine the merits of his proposal and the fiscal and social implications.

Wisniewski said based on what he heard about the governor’s proposed budget, there will be between $200 million and $250 million more this year for school aid.

He said the proposed budget should be fair and not be balanced “on the backs of the taxpayers” and use public employees and teachers as scapegoats.

While he didn’t outline any specific principles, he said the millionaire’s tax is “something we got to look at.”

“We don’t have enough money to pay our bills.”

He said he continues to support a hike in the gasoline tax, despite skyrocketing oil prices stemmed from unrest in the oil-rich Mideast.

“It’s more than an exercise of putting numbers together,” he said Tuesday morning. “It’s about the people of New Jersey.”

Despite all the cuts Christie enacted, Wisniewski said the structural deficit dipped little from $10.7 billion last year to $10.5 billion this year.

Wisniewski said Christie, among other Republican governors, seems to be embracing a policy that seemingly calls for busting unions and their influence.

“All these people who have jobs are becoming pawns in this great drama.” 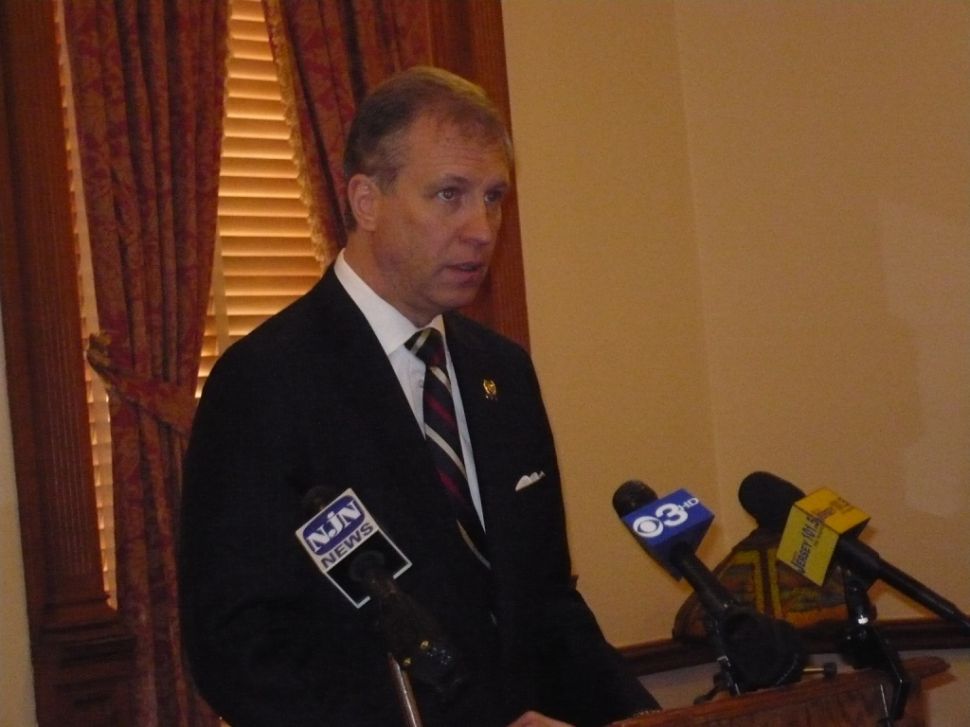