NEW BRUNSWICK -The party that gave you George Bush and the party that took boss rule to a new level again went behind closed doors to earnestly and dilligently fulfill the will of the people.

“I didn’t expect to be here until I got a phone call this morning saying you should be here,” said state Senate President Steve Sweeney (D-3) of West Deptford.

The operators and operatives prowled the hallways.

“Left here at 5 a.m.,” said GOP Redistricting Commissioner George Gilmore, heading wearily for the coffee urn on the Republican side and doing a double take when he realizes it’s not there.

He walked reluctantly down to the other side of the hall and the Democrats, stood around like wiseguys, say, “What are you doing here?”

Gilmore wisecracked his way up to the full D urn and pumps it.

Things were volatile under the grins of lower level operatives treading the carpet.

Sources – and at this point people are tired and barely see straight so it’s easier to get them to talk before they realize they’re saying too much – said 11th redistricting member Alan Rosenthal headed into this week using the Democrats’ map as his starting point. That got turbulent enough to warrant Gov. Chris Christie’s presence here all day Sunday.

After the Republicans’ all-nighter, sources said the D’s may be farther away from a 23-17 map. If the GOP can squeak out two more to get to 21-19, they figure they can win some dogfights at the ballot box to get a majority in the Senate.

Democrats scurried into the shadows with Rosenthal and were in there presumably trying to budge the pendulum into swinging again in their direction. 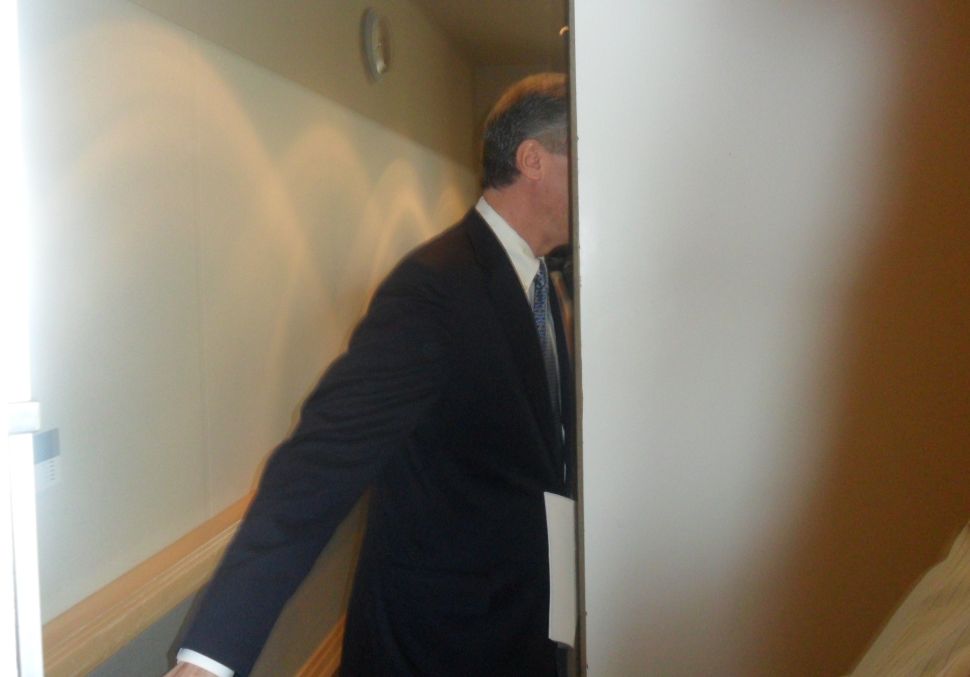